An Authentick Relation of the Battle of Alamance

Just like today, news travels fast, and it did not take long for an account of the May 16, 1771 battle at Alamance to appear in papers. Below you can read a transcription of a report published in the Virginia Gazette, from Williamsburg, Virginia. It appeared in the paper a little over a month after the battle on June 27, 1771. The transcription includes historical annotations and definitions for more information.

An Authentick Relation of the Battle of Alamance, the 16th Day of May, 1771

On Wednesday Evening, the 15th Instant, his Excellency received certain Information that the Insurgences were assembled at about six Miles from the Camp at Great Alamance. A Council of War being called, it was unanimously resolved to march the next Morning against them. Accordingly, on Thursday the 16th, the Army leaving the Tents standing, and all the Baggage and Provisions in Camp, under the Guard of a Field Officer and about fifty Men, began to march at about eight o'Clock in the Morning, and advanced to an old Field within Half a Mile of the Rebels, when his Excellency formed the Order of Battle, in two Lines, Part of the Artillery on each Wing, and the Remainder in the center of the first Line. His Excellency then sent one of his Aid de CampsA personal assistant to a senior military officer., and the Sheriff of Orange, with a Letter to the Rebels, requiring them to lay down their Arms, surrender their outlawed Ringleaders, and submit themselves to the Laws of their Country, allowing them one Hour to accept of the Terms, to prevent the Effusion of Blood, which must ensue, as they were at that Time in a State of War and Rebellion against their King, their Country, and their Laws. In the mean Time, the Army kept advancing nearer to the Enemy. The messenger from afterwards returned, and reported to his Excellency that the Rebels had received his Offers with Disdain, and the general Cry among them was, Battle! Battle! Immediately after a considerable Body of them appeared in Sight, and waved their Hats, daring the Men to advance; upon which the Army continued moving towards them, until they were within thirty Yards of the Enemy, when his Excellency sent an Aid de Camp to inform them that the Hour was elapsed, and that he should immediately fire. They called out that he might fire and be damned. Upon the Return of the Aid de Camp the Action began, and a hot Fire was kept up on both Sides for about an Hour and a Quarter, when it abated a little from the Enemy. The Cannon was ordered to cease firing, and the whole Army to advance. Then the first Line, after engaging three Quarters of an Hour longer, drove the Enemy out of the Field, and gained a complete Victory. Their Camp was taken, with many Horses, Arms, Ammunition, Clothes, and Provisions. The Army, after having Care taken of their Wounded, got back to their Camp by Sunset. It is computed that the Rebels must have had killed in the Battle about one Hundred Men, two Hundred more wounded, and upwards of twenty taken Prisoners. The Loss of the Loyalists was nine killed, and about sixty wounded. The Number of the Rebels in he Battle, from the best Information, could not be less than two Thousand three Hundred. Our Army did not exceed one Thousand Men, of which not more than six Hundred were engaged. The Artillery was well served, and did great Execution. The Behaviour of the Officers and Men, on this Occasion, will appear by what the Governour gave in Orders the next Day. 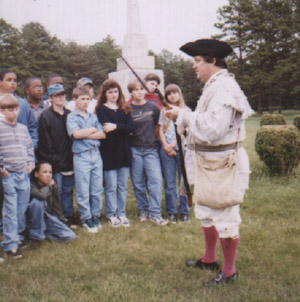 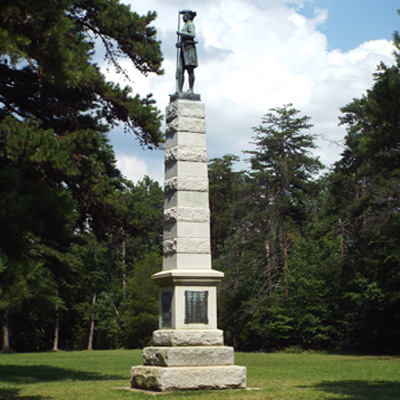 In this video, reenactors fire an eighteenth-century cannon at Alamance Battleground. The cannon is typical of the artillery used by Governor Tryon's troops during the Battle of Alamance in 1771. 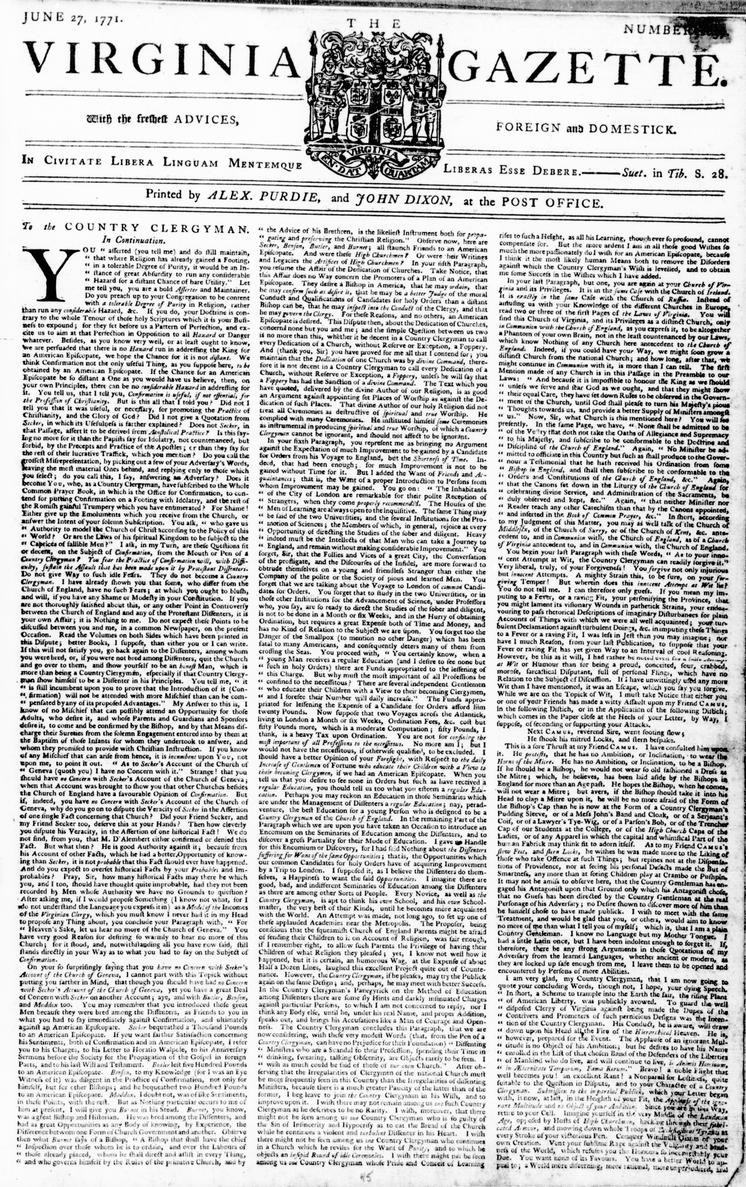 View the original news article of "An Authentik Relation of the Battle of Alamance" in the Virginia Gazette from June 27, 1771