The Battle of Roanoke Island

Below is a transcription of an article that was published in the March 3, 1862 edition of the New York Times detailing the Union capture of Roanoke Island on February 7, 1862.

THE BATTLE OF ROANOKE ISLAND. CONDUCT OF THE NINTH NEW-JERSEY VOLUNTEERS

Correspondence of the Newark Advertiser.

On the morning of Feb. 7, our gunboats moved off in line toward the entrance of Croatan Sound, signalizing to the fleet that "the country expects every man to do his duty." At 10½ A.M. they reached the first fort, when the cannonading began, which continued until night, anxiously witnessed by the troops, who were eager to lend their aid. An opportunity soon offered. The General signalized to land troops. At 4 o’clock, Companies E and K, of the New-Jersey Ninth, were landed on some marshy ground below the forts on the island. The other companies soon followed, and before the morning of the 9th, a large force had been put ashore, thus deceiving the enemy, who judged that the two regiments landed before dark were all our force to operate against them. At daybreak our lines were formed and put in motion through a narrow winding path, which led to the battery. At 9 o’clock our skirmishers found the enemy, and drove them back behind their guns, when they opened a deadly fire upon our advance. Soon the wounded began to pass us on littersLitters were stretchers used to carry the wounded from the battle field., many of whom, who could speak, would turn toward us as they were borne by, and say, "Give it to them boys -- give it to them!" -- and soon we did give it to them in such a manner as to drive them out of their battery, and enable others, who were less deep in the mud and water, and less entangled in the briars, to get possession of the enemy’s cannon, which for four hours had been brought to bear upon us with such murderous effect. The prisoners have acknowledged since that it was the fire of the Ninth New-Jersey that not only drove them from the battery, but scattered the reserve which was posted in the rear, to the number of twenty-five hundred men. The rebels have given the title of "Jersey muskrats" to our boys, who waded waist-deep in mud and water within one hundred yards of their guns, and at this distance picked off their gunners.

After taking this battery we followed up the enemy by a forced march of twelve miles; when a slight ensued, but little more fighting had our brave troops to do, for upon nearing their camps white flags came out to us in all directions. Here we found nearly forty barracks 108x40 each, just completed -- showing the number of troops which would probably have been concentrated on this island -- and the whole rebel force, nearly 3,000, surrendered. Our quarters were this night splendid, as compared with the night before, when, without blankets -- for orders were given to leave them on the ships -- we lay down on the ground and slept a few hours.

The prisoners were placed in barracks apart from our men and no special guard put over them; they have had the same rations as the Union troops, full liberty to move about the camps, and have received such kind treatment that almost all of them affirm they never will fight against us again, and nearly every prisoner with whom I have conversed has told me that once home, he will never fight again against the old flag. One prisoner, who served a 22-pounder in the battery, told me if he could get home he would not reenlist. Said I, “You have enlisted once, and you will do it again.” Said he, "I am in earnest. I mean to take the oath of allegiance; and sooner than enter the Southern army again I will have my throat cut." His earnestness evinced his sincerity. Most of them say they were forced into the service. As to uniforms, they had none, but were dressed in all kinds of suits and had all kinds of arms; a great uniformity existed, however, as to bowie-knives -- every man carried one, varrying in length from six inches to two feet. Maj. Wilson, of the New-Jersey Ninth, has a bowie, taken from a rebel, two feet in length -- a fearful weapon and one that no civilized person should carry in battle. Our men use them wherewith to cut their wood for cooking. 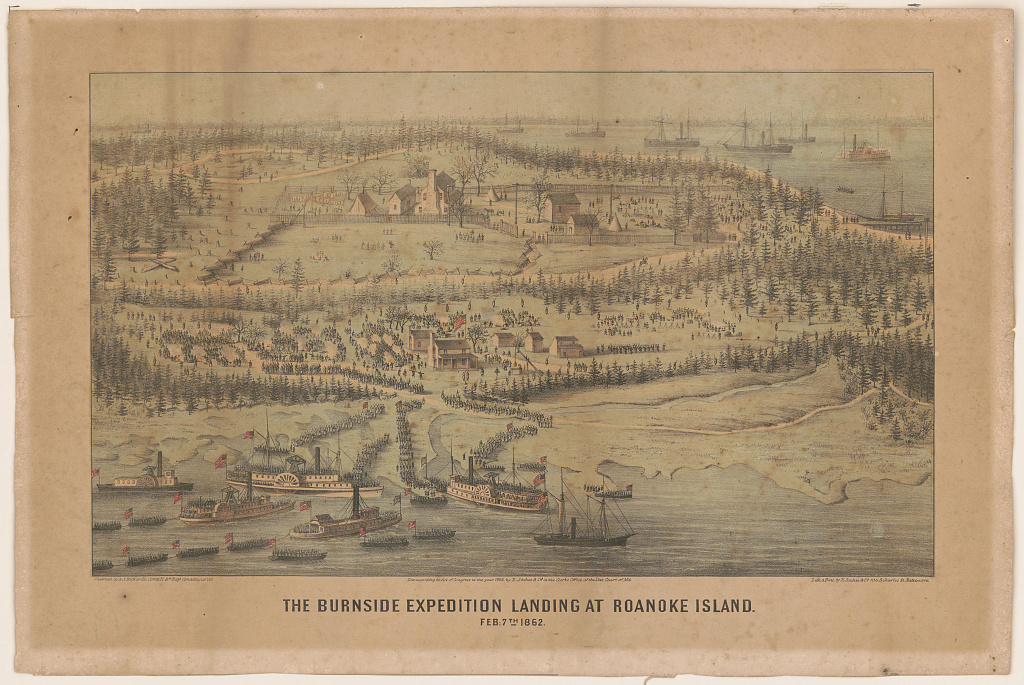 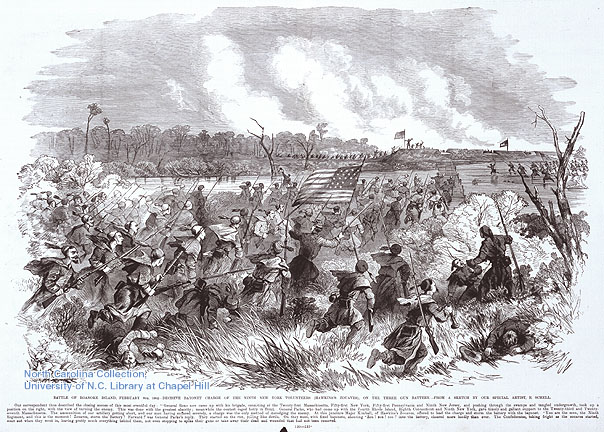