Diary of a Farm Wife

Penelope Alderman lived in Sampson County and kept a diary spanning January 1851 to January 1856 that documents events that impacted her, her family -- including her husband, Baptist minister Amariah Biggs Alderman -- and her neighbors and friends. Excerpts below discuss work on the Alderman farm as well as the visits of family members and friends. 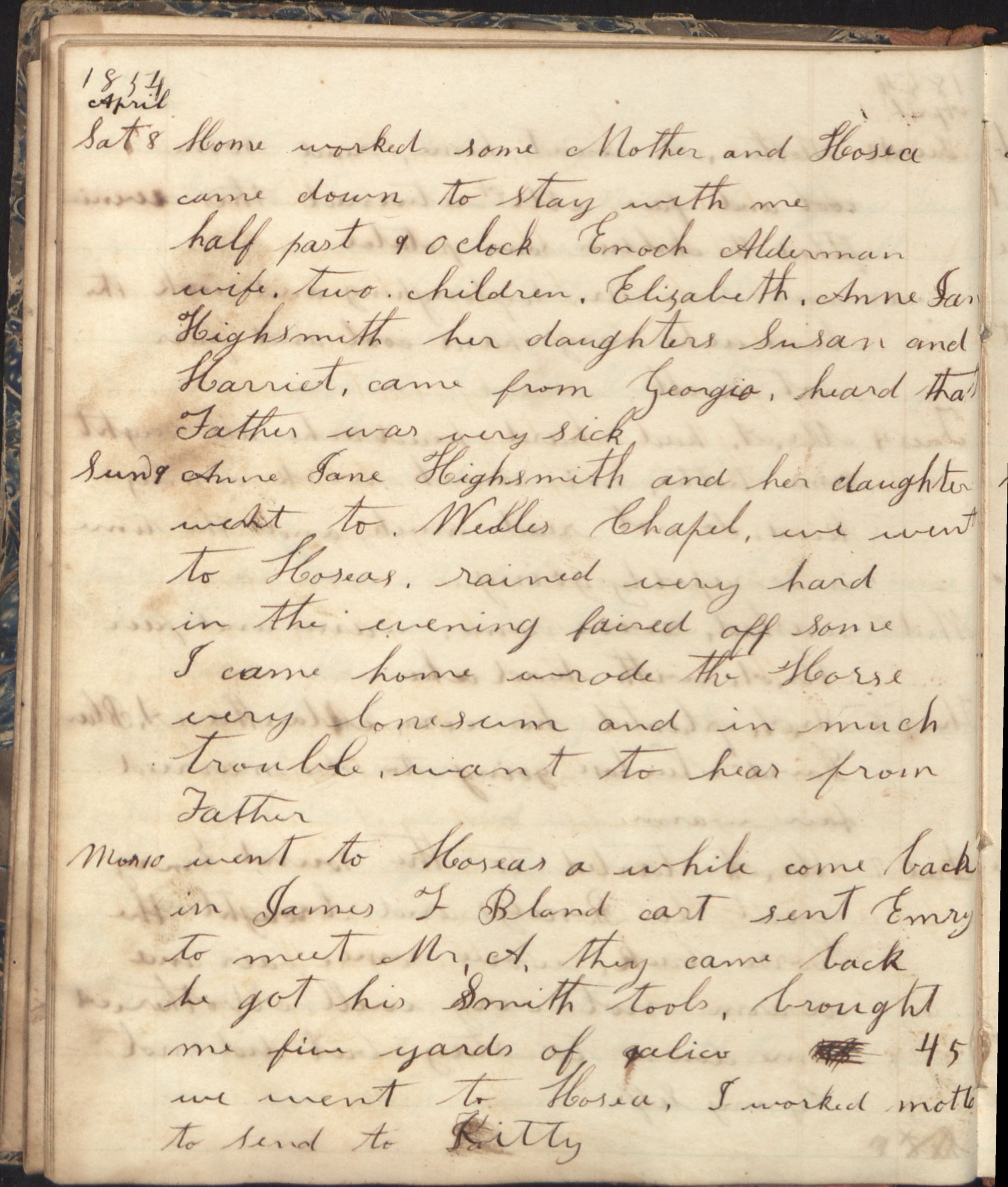 A page from Penelope Alderman's diary from April 1854, which is transcribed in this entry.