"The duty of colored citizens to their country"

Henry Hugh Proctor was an African American author, lecturer, and preacher born in Tennessee in 1868. He earned degrees at both Fisk University and Yale University.

In this speech, Proctor urged African Americans to support the war effort against Spain and to enroll in the U.S. Army. Proctor believed that the war was justified and that African Americans should fight in the war because they were citizens of the United States — regardless of segregation and discrimination.

Not all African Americans believed they ought to support the war effort. Many agreed with the editor of the Washington Bee, who wrote, “The Negro has no reason to fight for Cuba’s independence.… He is as much in need of independence as Cuba is.” In the sermon below, Proctor was responding to statements and sentiments that suggested African Americans should oppose rather than support an American war with Cuba.

[T]he main point I wish to bring before you tonight is what attitude should colored citizens sustain toward the government in this crisis? I am led to do this from two considerations. The first is the future bearing our present action will have upon our destiny as a people in this country; and the second is the conflict of opinion that prevails in regard to our duty in this war. I wish to discuss this in the light of Christian principle, with the hope of promoting clear thinking and right action....

Let me state plainly the position I take. In answering the question, what attitude the Negro should take in this crisis, I say it should be that of loyalty to the Stars and Stripes. They should exercise the spirit of loyalty at all times and under all circumstances, and when their services are solicited on the same basis as others, they should go to the front and fight for the flag like men. The country could not ask more; they could not do less.

I hear no objections.

It is said that we are wrongly treated and therefore should sulk in our tents. I admit that we are wronged. God knows that. Call over the catalogue of wrongs and which of them are we not heir to? But in my mind this constitutes a reason why we should be loyal. If in this critical hour we should be disloyal, would that not serve as a justification in the eyes of our enemies for all the wrongs inflicted upon us? "We told you these people were unworthy of better treatment," would be the cry. On the other hand, have we not fine opportunity to show the world that we deserve better than we receive?...

We do not need to fight to show our loyalty. We have not only showed our loyalty in time of war, but at a time when it is more difficult to do so. I refer to times of peace. What portion of our complex citizenry today is more loyal than the black? At the belated call of their country they came two hundred thousand strongProctor is referring to black soldiers in the Civil War., and in the days of subsequent peace they showed the genuineness of their loyalty by settling down to hard work. If our loyalty has not been demonstrated in the past, we must despair of doing so now.

The real reason why the duty of the hour demands our loyalty is in this. Our country is engaged in a righteous war. It is war for larger liberty. The freedom of manhood, the purity of womanhood, the future of childhood -- these are in the womb of this struggle. It is an appeal to the highest sentiments. Our country is responding to the call. We are a real part of this country, and nothing that concerns her is without interest to us. We are not Afro-Americans, but Americans to the manor born. There should be no hyphen in American citizenship.... 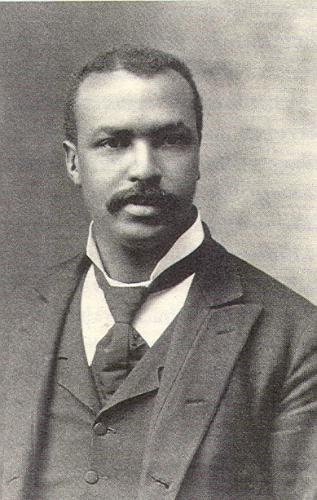