Billy E. Barnes is a photographer known for his documentary work on racial and economic justice issues in the 1950s and 1960s. Barnes grew interested in issues of inequality while working as a photographer for McGraw-Hill Publishing in Atlanta, Georgia, during the 1950s and early 1960s. After establishing a reputation, Barnes was offered a job with the newly formed North Carolina Fund in 1963. In a 2003 oral history interview, Barnes talked about his involvement with the North Carolina Fund and how he tried to use photography to change perceptions of poverty.

Breaking the cycle of poverty

In this excerpt, Barnes discusses the ideology of the North Carolina Fund. Because Governor Terry Sanford envisioned the North Carolina Fund as a way to break the cycle of poverty, the fund was focused on providing impoverished people with opportunities and the skills necessary to help themselves, rather than on offering welfare. As Barnes explains, this emphasis required a special focus on children.

In this excerpt, Barnes discusses why he decided to use photography to promote the work of the North Carolina Fund. He explains that photography helped to humanize statistics about impoverished people. His photographs were widely used by the media during the War on Poverty. 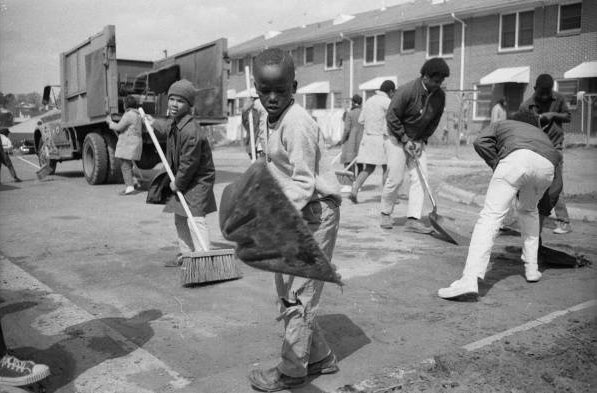