At the beginning of the second decade of the eighteenth century, the settlements in the coastal plain were rapidly expanding. This expansion led to increasing tension between the native peoples -- namely the Tuscarora tribe -- and the settlers. When the town of New Bern was settled in 1710 at the meeting of the Trent and Neuse rivers, the native town of Chattoka was displaced. The Tuscarora attempted to find refuge in Pennsylvania, but were ultimately unsuccessful. In response to the loss of land, enslavement of native peoples, and ignoble trade practices, the Tuscarora tribe kidnapped John Lawson -- the Surveyor General of North Carolina -- Baron Christoph von Graffenreid, and a slave as the three traveled up the Neuse River in September of 1711.

Upon being captured, Lawson quibbled with one of his captors, Cor Tom, a Corree Chief. Graffenreid and the slave were let go, but Lawson was killed, and thus began the Tuscarora war. Early details of the Tuscarora War were reported by Christopher Gale in a letter to his sister written in November of 1711. A transcription of the letter is below.

My Dear:—
I cannot omit, by all opportunities, to inform my second self that you have still living in a brother the most faithful friend that ever was, though perhaps by as signal a hand of Providence as this age can demonstrateGale is saying that it was only the hand of God ("Providence") that saved him from death..

I will not trouble you with repetitions, but refer you to the after-written material which I laid before the governmentGale's memorial to the governor and council of South Carolina was included with this letter to his brother., and shall only acquaint you how far I had been concerned in the bloody tragedy, if kind Providence had not prevented.

About ten days before the fatal day, I was at the baron's Baron Christoph von Graffenreid., and had agreed with him and Mr. LawsonJohn Lawson. on a progress to the Indian towns; but before we were prepared to go, a message came from home, to inform me that my wife and brother lay dangerously sick; which I may call a happy sickness to me, for on the news I immediately repaired home, and thereby avoided the fate which I shall hereafter inform you.

The baron, with Mr. Lawson and their attendants, proceeding on their journey, were, on the 22d of September (as you will see by the memorial) both barbarously murdered; the mat, on which the baron used to lie on such like voyages, being since found all daubed with blood, so as we suppose him to have been quickly dispatched. But the fate of Mr. Lawson (if our Indian information be true) was much more tragical, for we are informed that they stuck him full of fine small splinters of torchwood, like hogs' bristles, and so set them gradually on fireLawson himself had described this practice: The Tuscarora, he wrote, "split the Pitch-Pine into Splinters, and stick them into the Prisoners Body yet alive. Thus they light them, which burn like so many Torches; and in this manner, they make him dance round a great Fire, every one buffeting and deriding him, till he expires, when every one strives to get a Bone or some Relick of this unfortunate Captive." It is difficult not to see this as barbaric, but it is worth noting that in most of Europe until the end of the eighteenth century, torture was common both as a means of getting confessions and as a method of execution. Heretics and suspected heretics, especially -- people who disagreed openly with official, government-enforced religious beliefs -- were subject to torture. Witches and other convicted heretics were burned at the stake in Europe, and during the Salem witch trials in the 1690s, one man was crushed to death beneath stones for refusing to enter a plea of guilty or not guilty. The Tuscarora's method of executing their prisoners was certainly gruesome, but not as far from the experience of eighteenth-century Europeans as it is from ours.. This, I doubt not, had been my fate if Providence had not prevented; but I hope God Almighty has designed me for an instrument in the revenging such innocent Christian blood.

On Sunday, October 21, I arrived here in the quality of an agent, and in order to procure the assistance of the government to destroy our enemies, which I doubt not in a little time to effect. The family I left in garrison at Bath town, my wife and brother pretty well recovered; but what has happened since, I know not. Two days after I left the town, at daybreak (which is the Indians' usual time of attack), above 100 guns were heard, which must have been an attack made by the Indians upon some of our garrisons, which are in all eleven in number; but cannot hear the success of it, though a small vessel came from the out part of our government there the other day, by which I have the following news: that on my coming away, Captain Brice detached from our out-garrisons fifty men, and in the woods met with a body of Indians, who fought them three days, and forced them at last to retire into their garrison. The Indians lost in this engagement fifteen men, and we took two, one of whom was killed by one of our men. During this engagement, another body of the Indians, being advised that the garrison was weakened by this detachment, came and attacked the garrison, and at the same time a number of Indian prisoners of a certain nation, which we did not know, whether they were friends or enemies, rose in the garrison, but were soon cut to pieces, as also those on the outside repelled. In the garrison were killed nine Indian men, and soon after thirty-nine women and children sent off for slaves. This is the condition we at present labor under. I shall not trouble you with a particular relation of all their butcheries, but shall relate to you some of them, by which you may suppose the rest. The family of one Mr. Nevill was treated after this manner: the old gentlemen himself, after being shot, was laid on the house-floor, with a clean pillow under his head, his wife's head-clothes put upon his head, his stockings turned over his shoes, and his body covered all over with new linen. His wife set upon her knees, and her hands lifted up as if she was at prayers, leaning against a chair in the chimney corner, and her coats turned up over her head. A son of his was laid out in the yard, with a pillow laid under his head and a bunch of rosemary laid to his nose. A negro had his right hand cut off and left dead. The master of the next house was shot and his body laid flat upon his wife's grave. Women were laid on their house-floors and great stakes run up through their bodies. Others big with child, the infants were ripped out and hung upon trees. In short, their manner of butchery has been so various and unaccountable, that it would be beyond credit to relate them. This blow was so hotly followed by the hellish crew, that we could not bury our dead; so that they were left for prey to the dogs, and wolves, and vultures, whilst our care was to strengthen our garrison to secure the living.

The ship by which this comesThere was no regular mail service across the Atlantic in 1711. People wanting to send letters had to make arrangements to get them aboard ships, and mail took weeks or months to reach its destination. is ready to sail, so cannot enlargeEnlarge here means expand or expand upon, as in "expand on what I have written here."; only desire my duty may be presented to my father and mother, my sincere love to yourself and brothers, and service to all friends, hoping for a speedy answer to my last by Madam Hyde, is what offers from 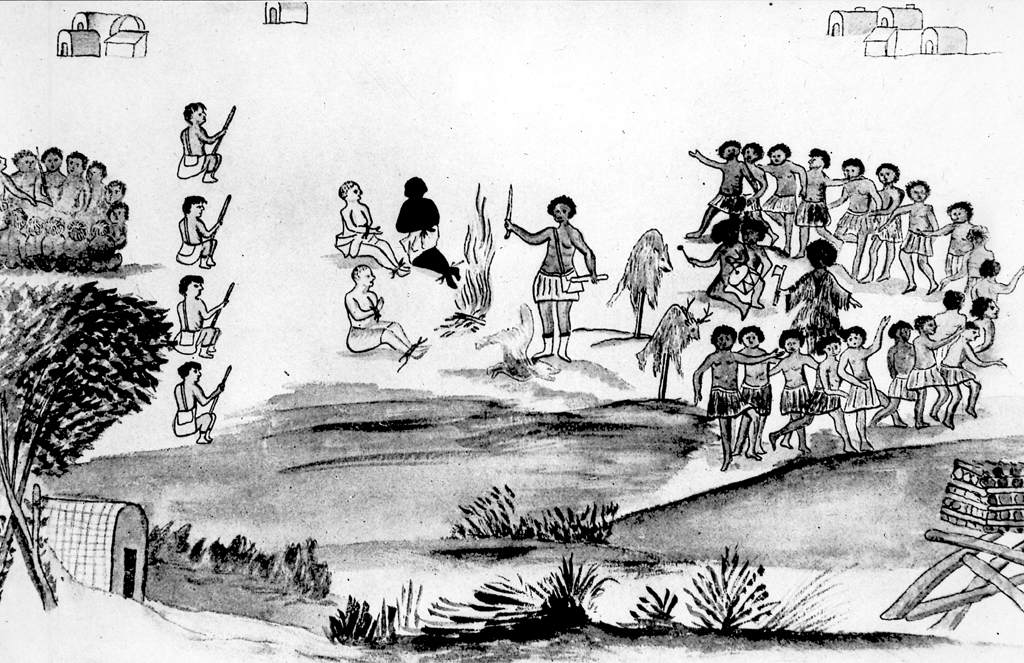