"For us the War is Ended"

This general order was issued by U.S. Brigadier General John McAllister Schofield, who was in charge of the Union occupation of North Carolina. Shofield and his soldiers had fought battles in Tennessee and North Carolina. These orders were printed in the first edition of The Old Flag in Union-occupied Plymouth in May of 1865. These orders announce that the war and hostilities have ended in North Carolina, discuss the way that citizens will be treated, and restrict citizens from the wearing of Confederate uniforms.

HEADQUARTERS DEPARTMENT OF N. CAROLINA,
(ARMY OF THE OHIO,)

The Commanding General has the great satisfaction of announcing to the Army and to the People of North Carolina that hostilities within this State have definitely ceased; that for us the war is ended, and it is hoped that peace will soon be restored throughout our country.

It is now the duty of all to cultivate friendly relations with the same zeal which has characterized our conduct of the war, that the blessings of union, peace, and material prosperity may be speedily restored to the entire country. It is confidently believed and expected, that the troops of this army and the people of North Carolina will cordially unite in honest endeavors to accomplish this great end.

All good and peaceable citizens will be protected and treated with kindness, while those who disturb the peace, or violate the laws, will be punished with the severity of martial lawMartial law is military rule in which the civilian law and justice system suspended..

The troops will be distributed so as best to secure the interests of the United States Government and protect the people, until a civil government can be established in harmony with the Constitution and laws of the United States. The most perfect discipline and good conduct are enjoined upon all officers and soldiers, and cordial support upon all good citizens.

All who are peaceably disposed are invited to return to their homes and resume their industrial pursuits. Such as have been deprived of their animals and wagons by the hostile armies, will be temporarily supplied, as far as practicable, upon application to the nearest Provost Marshal, by loans of the captured property in possession of the Quartermaster's Department. The needy will also be supplied, for the time being, with subsistence stores from the Commissary Department.

It will be left to the Judicial Department of the Government to punish those political leaders who are responsible for secession, rebellion and civil war, with all its horrors. Between the Government of the United States and the people of North Carolina there is peace.

By command of MAJ. GEN. SCHOFIELD.

All Officers and Soldiers of the so-called Confederate Army, are hereby notified that the uniform of that army is not permitted to be worn at this Station; or within the lines of actual occupation of this command, and must be discontinued at once.

This will be understood as applying alike to paroled prisoners, soldiers of the armies of Generals Lee and Johnston, and such other commands and detachments as have surrendered, and the soldiers thereof been paroled, and to deserters, and will be strictly respected and obeyed, except in the cases of officers and soldiers awaiting transportation for parole, and actual prisoners. 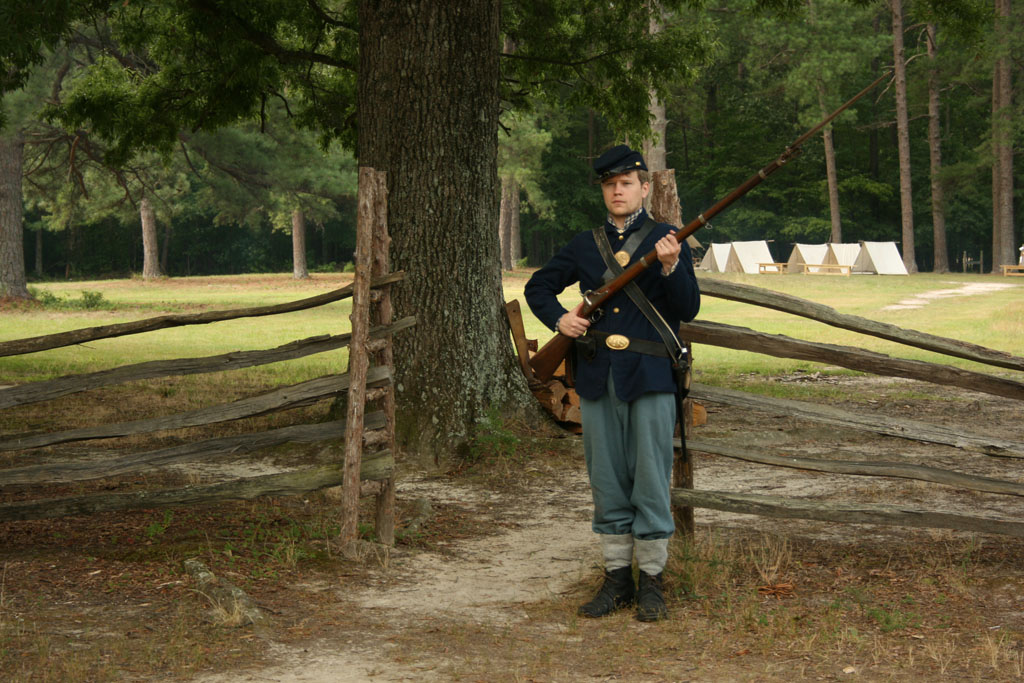 Clipping of Military Orders from the May 19, 1865 edition of The Old Flag announcing that the Civil War has officially ended.