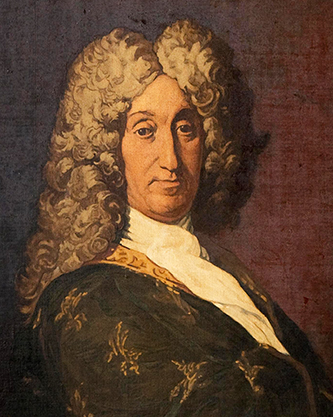 Christoph Graffenried, Baron Von, founder of New Bern and a leader in early Swiss and German colonization of America, was born in his ancestral village of Worb in the Canton of Bern, Switzerland. His father, Anton, was Lord (Herr) of Worb and a minor government official. Young Graffenried studied at the universities of Heidelberg and Leyden. During his travels to London, he met the Duke of Albemarle and other Lords Proprietors of Carolina. Among them he could call Sir John Colleton "my special friend." On his return to Bern, he married Regina Tscharner.

About this time he became acquainted with the explorer-adventurer Franz Ludwig Michel who persuaded him to join and invest in Georg Ritter & Company, a venture that proposed to mine American silver deposits and to settle indigent Swiss and Swiss Anabaptists in Pennsylvania or Virginia. Graffenried's influence appears to have overshadowed that of Ritter, a Bernese seal and stone engraver, and under his leadership the company broadened its plans to settle the colonists in the Province of Carolina and to include among them many of the distressed victims of the War of the Spanish Succession, the "poor Palatines" whom the English had transported from the devastated Rhineland to refugee camps on the Thames River. The Ritter company purchased from the Lords Proprietors nearly 19,000 acres of land on the Neuse and Trent rivers, including the future site of New Bern, and on the White Oak River, which Graffenried called by the Indian name of Weetock. Graffenried held, apparently as a personal investment, 5,000 of these acres. In recognition of this holding, the Lords Proprietors conferred upon Graffenried the title "Landgrave of Carolina and Baron of Bernburg" in accordance with the scheme of nobility envisioned by Locke's Fundamental Constitutions.

Graffenried embarked 650 Palatines from English ports and about 150 Swiss from Dutch ports after their voyage down the Rhine River. He joined Michel and the surveyor John Lawson in the Neuse-Trent area and soon laid out, in a cruciform plan, his Stättli, the little town that he called New Bern. In the town he settled most of the craftsmen he had transported. In outlying areas up the Trent, approaching the present-day site of Pollocksville, he settled the farmers among the emigrants. This was in 1710. Within a matter of months, the colony was overwhelmed by the Indian uprising led by the Iroquoian Tuscarora. Most of the Swiss were massacred, and Graffenried and Lawson were taken prisoner and held at the Indian town of Cotechney, near the modern town of Snow Hill. Lawson was executed and Michel also "died among the Indians," though the manner of their deaths is not known. In negotiations with Iroquoian tribes on Virginia's border, Lieutenant Governor Alexander Spotswood of Virginia interceded on behalf of Graffenried, with whom he had been corresponding. The Swiss leader was released unharmed, but his colony was doomed to fail. One cause was the Indian troubles, which lasted until 1718. Another was the lack of support from the badly divided Proprietary government, paralyzed at this time by internal dissensions between Quakers and Anglicans. A third cause was an outbreak of yellow fever. Graffenried fell ill, and Governor Edward Hyde, from whom he might have expected support, died during the epidemic.

Hoping to establish a new settlement in Virginia, Graffenried visited Spotswood in Williamsburg and journeyed to the falls of the Potomac. In the spring of 1713 he sailed for England, having mortgaged all the Ritter landholdings to Thomas Pollock of Chowan County. "No good star shone for me," wrote Graffenried of his disappointment at having to forsake the remnants of the colony. He returned to Switzerland in 1714 to live out the rest of his days. He was buried in the family chapel at Worb. His son, Christoph, emigrated to the New World. Landing at Charleston, S.C., the young man married Barbara Tempest Needham, of Hertfordshire, England, and their issue founded the American branch of the family, which adopted the French version of the name, De Graffenried. The family became prominent in both Virginia and Tennessee. 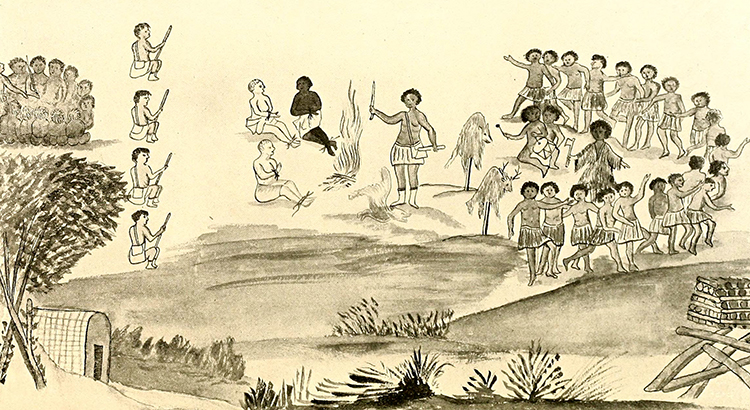 I understand that I am a

I understand that I am a direct descendent of Baron Christopher de Graffenried. I am wondering if there is anyway I would be able to obtain a copy of his portrait. Thanks
Jenny West

A nice article. The painting