Jim Thorpe and Babe Ruth are still considered among the greatest athletes of all time. When the sports television network ESPN compiled its list of top athletes of the twentieth century, it listed Ruth at number two and Thorpe at number seven. 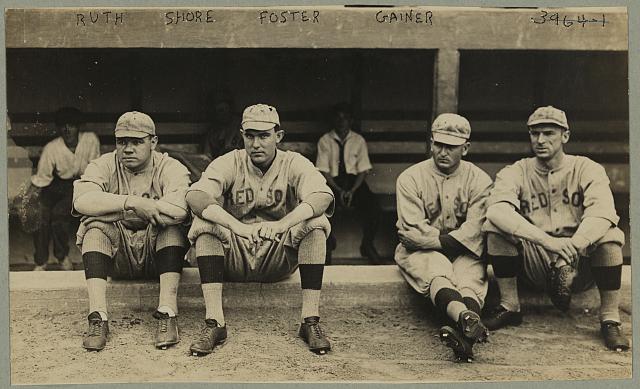 Both of these athletic legends played sports in North Carolina when they were quite young. Their experiences in this state were very important.

Jim Thorpe was born in Oklahoma in 1888. He was a Fox and Sac Indian. He attended college at Carlisle Indian School in Pennsylvania. Thorpe was All-America in football in the fall of 1908. He spent the spring and summer of 1909 in North Carolina in a fun summer job—playing minor league baseball for the Rocky Mount Railroaders. The Railroaders belonged to the Eastern Carolina League, which also included teams in Fayetteville, Goldsboro, Raleigh, Wilmington, and Wilson. Thorpe earned twenty-five dollars per week.

Thorpe played pitcher, infielder, and outfielder for Rocky Mount. He was fast and strong. The Rocky Mount fans loved him. One fan, Thomas McMillan, told historian Robert Reising that Thorpe made many friends while warming up before the games. Thorpe would intentionally hit or throw balls outside the ballpark. That meant that the schoolkids who chased the balls down could get into the games free by bringing back the balls. 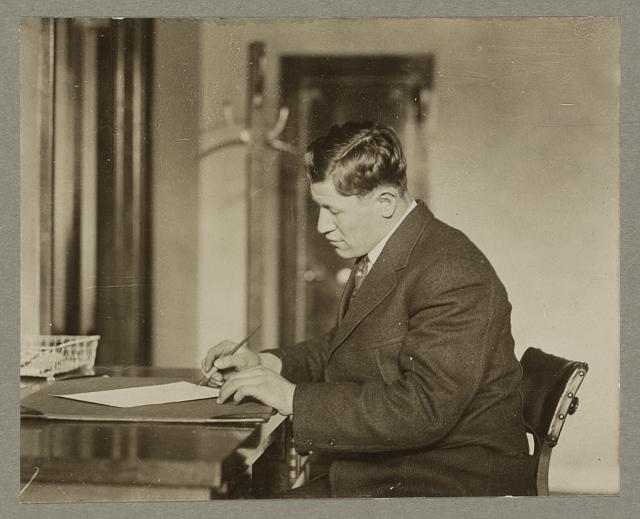 Jim Thorpe came back to Rocky Mount in 1910 for another summer of baseball. Despite a sore arm, he continued to pitch, in addition to playing outfield. Late in the season he was traded to Fayetteville. Thorpe became as popular with the fans in Fayetteville as he had been in Rocky Mount. According to one story, he won a bet and delighted numerous Fayetteville observers by running headfirst through a restaurant window. However, Thorpe did not get along with his Fayetteville manager and did not come back to North Carolina after the 1910 season.

Thorpe later paid a high price for his two summers in the state. In 1912 he won two gold medals in the Summer Olympics, including one in the difficult decathlon, which contains ten events. He was praised as the world’s greatest athlete. The following year, authorities discovered that he had received payment for playing baseball in North Carolina. All Olympians at that time were supposed to be amateurs, and being paid violated his amateur status. Thorpe’s gold medals were taken away.

The heartbroken athlete went on to play major league baseball and professional football. He tried for years to get his medals returned but was unsuccessful. He died in 1953. In 1983 the International Olympic Committee changed its mind and returned Thorpe’s gold medals to his children.

Babe Ruth’s visit to North Carolina was very different. George Herman “Babe” Ruth was born in Baltimore, Maryland, in 1895. He was raised at Saint Mary’s Orphanage because his parents could not control him. In 1914 he signed a professional baseball contract with the Baltimore Orioles, a minor league team in the International League. In March 1914 the Orioles visited Fayetteville for spring training.

Ruth stayed in Fayetteville for only about a month, but he always remembered it. It was the first time he had ever been out of Baltimore. Ruth later wrote about how much fun he had riding the LaFayette Hotel elevators. He was so inexperienced that, according to legend, one of his teammates saw him tagging along behind manager and owner Jack Dunn in Fayetteville and said, “There goes Dunn’s new babe.” That gave Ruth his famous nickname. 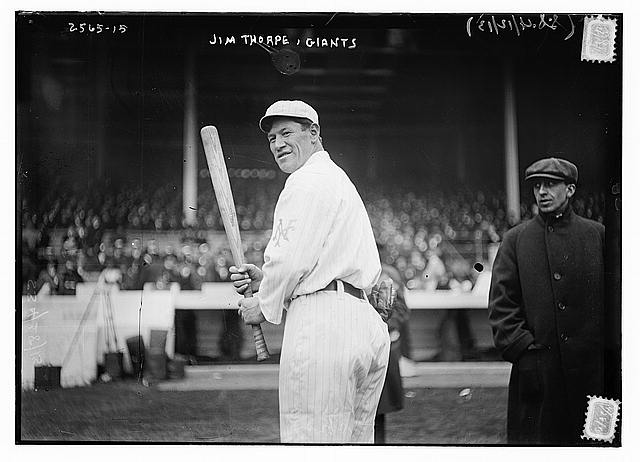 On March 7 Ruth played in his first intrasquad game—a game between members of the same team. The two sides took the names Buzzards and Sparrows. Ruth was a Buzzard. His team won the 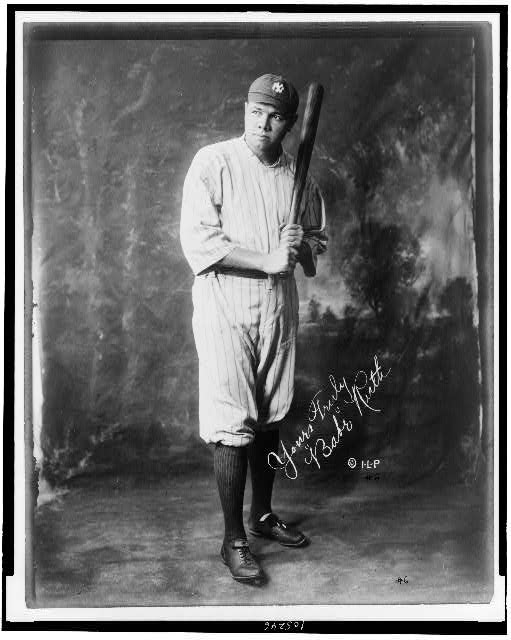 game 15 to 9. He hit a long home run, described by Fayetteville residents as the longest home run they had ever seen. Ruth recalled that “I hit it as I hit all the others, by taking a good gander at the pitch as it came up to the plate, twisting my body into a backswing, and then hitting it as hard as I could swing.”

Ruth started his professional baseball career as a pitcher. He pitched well in spring training in Fayetteville, even against major league teams. On March 25 he beat the Philadelphia Athletics 6 to 2. The Athletics was the best team in the American League. Baltimore newspapers began to rave about the rookie pitcher. A month after leaving Baltimore for the first time, he had become a celebrity in his hometown.

In his brief trip to North Carolina, Ruth learned that he could be successful against the best players in the game. He was on his way to the top. In fact, he was in the major leagues before the end of 1914, only a few months after his visit to Fayetteville. In the 1920s and 1930s, when he was the most famous baseball player in the world, Ruth frequently visited North Carolina in the off-season to hunt and play golf.

Jim Thorpe and Babe Ruth eventually became world famous. However, both certainly remembered the days in North Carolina when they were young and just starting out on the road to becoming legends.

At the time of this article’s publication, Jim Sumner was the curator of sports, recreation, and leisure, and a research historian, at the North Carolina Museum of History.