Archives and History, Office of 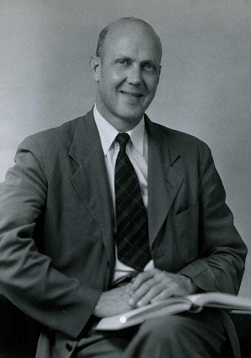 From its beginnings-when a young Raleigh attorney named William J. Peele began pressing for the creation of a state historical agency in 1900 and met with success three years later-the organization has enjoyed notable leadership. Among its directors have been R. D. W. Connor (who went on to become the first archivist of the United States), Albert Ray Newsome (first president of the Society of American Archivists), C. Christopher Crittenden (first president of the American Association for State and Local History), and H. G. Jones (twice recipient of the national Waldo Gifford Leland Award for excellence in archival history, theory, or practice). Through the years, the Office of Archives and History has established award-winning programs in archives and records management, museums, highway markers, historic sites, historic preservation, archaeology (including underwater archaeology), and publications. The degree of professionalism has remained high, largely because of the supervision of the North Carolina Historical Commission, an 11-member body made up of five historians and six laypersons appointed by the governor for six-year staggered terms. In 2003 a number of events were held in observance of the organization's centennial year. 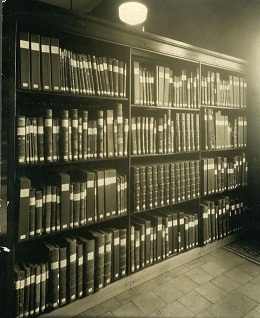 The North Carolina State Archives is the state's depository for historically valuable documents and information. The agency collects, preserves, and makes available for public use historical and evidential materials relating to North Carolina. The archives' holdings consist of official records of state and local governmental units and copies of federal and foreign government materials. County records comprise a large part of the collection, including county court records, wills, estate records, marriage bonds, and tax records. The archives also houses some military records such as pay vouchers, pensions, and accounts from the Revolution to World War II.

Patrons can also access microfilm copies of the Federal Census from 1790 to 1920 (excluding the burned 1890 census) as well as bound volumes of county lists from the censuses. In addition to these official records, the archives possesses private collections, maps, pamphlets, sound recordings, photographs, motion picture film, and a small reference library. In all, the North Carolina State Archives houses more than 50,000 linear feet of permanently valuable materials, containing millions of individual items. New records are acquired as they become available. Counties and government agencies deposit records periodically, while the archives obtains other collections through donations and purchases financed by the Friends of the Archives.

The North Carolina State Archives received the first Distinguished Service Award of the Society of American Archivists in 1964, and The Way We Lived in North Carolina, a five-volume series of richly illustrated books examining the social history of the state with a special emphasis on its historic sites, won the James Harvey Robinson Prize of the American Historical Association for its outstanding contribution to the teaching and learning of history in 1984.

Biennial Reports of the North Carolina Historical Commission (1903 to present).

Ansley Herring Wegner, History for All the People: One Hundred Years of Public History in North Carolina (2003).

When can one view the bill of

When can one view the bill of rights?

Thanks for visiting NCpedia and taking time to ask your question.

The Bill of Rights to the U.S. Constitution is held by the U.S. National Archives in Washington DC.  Visitors to the National Archives Museum in Washington can view the Charters of Freedom (the Declaration of Independence, The Constitution, and the Bill of Rights) in the museum galleries.  Here is a link to the website: http://www.archives.gov/museum/visit/rotunda.html

North Carolina also has a copy of the Bill of Rights from its ratification of the Constitution in 1789.  A digitized version is available online at the NC Digital Collections at http://digital.ncdcr.gov/cdm/ref/collection/p15012coll11/id/29.  The original document is held by the State Archives of North Carolina and is exhibited to the public on occasions of historical importance.

I'm looking for information on my German ancestors Shouse and Moser.