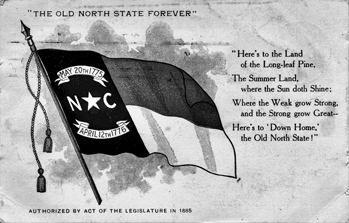 The Old North State is a nickname for North Carolina as well as the title of the state song and state toast. The moniker dates back to 1710, when the Carolina colony was effectively divided into two colonies, South Carolina and the earlier-settled North Carolina. The first written reference to the Old North State is credited to Joseph Seawell "Shocco" Jones in the introduction to his Defence of the Revolutionary History of the State of North Carolina from the Aspersions of Mr. Jefferson, published in 1834 in Boston and Raleigh. The book included a history of the state from the Regulator Movement to 4 July 1776 and a defense of the so-called Mecklenburg Declaration of Independence of 20 May 1775. 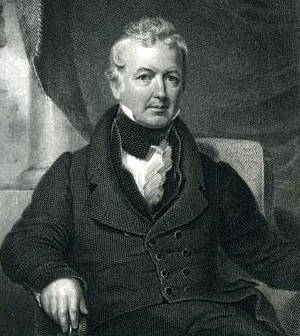 The song "The Old North State" was written in 1835 by William Gaston, a North Carolina Supreme Court justice. The words were adapted to a tune played by a troupe of Swiss bell ringers during a visit to Raleigh. Gaston was staying at the home of his sister, Mrs. John Louis Taylor. The first public performance of "The Old North State" was at a mass meeting of the Whig Party on 5-6 Oct. 1840. The song was first published in 1851 in the North Carolina Reader by Calvin H. Wiley and was adopted by the General Assembly as the official state song in 1927. The lyrics are as follows:

The state toast, also called "The Old North State," was written by Leonora Monteiro Martin of Raleigh for a banquet of the North Carolina Society of Richmond, Va., on 20 May 1904. The verses immediately found favor in North Carolina and were widely copied, memorized, and recited. Very modest changes were made in five words, not affecting the sentiment, between 1910 and 1933. Printed on a heavy, high-quality paper and decorated with boughs of longleaf pine, sprigs of dogwood blossoms, and the state flag, the toast was framed and hung in schools, homes, and offices. In 1932 Mary Burke Kerr of Clinton composed music for the toast at the request of Susan Fulgham, Wayne County school supervisor. On 21 May 1957 the General Assembly passed Senate Bill 305, making this piece the official state toast.

Clear and informative information is provided by this article.