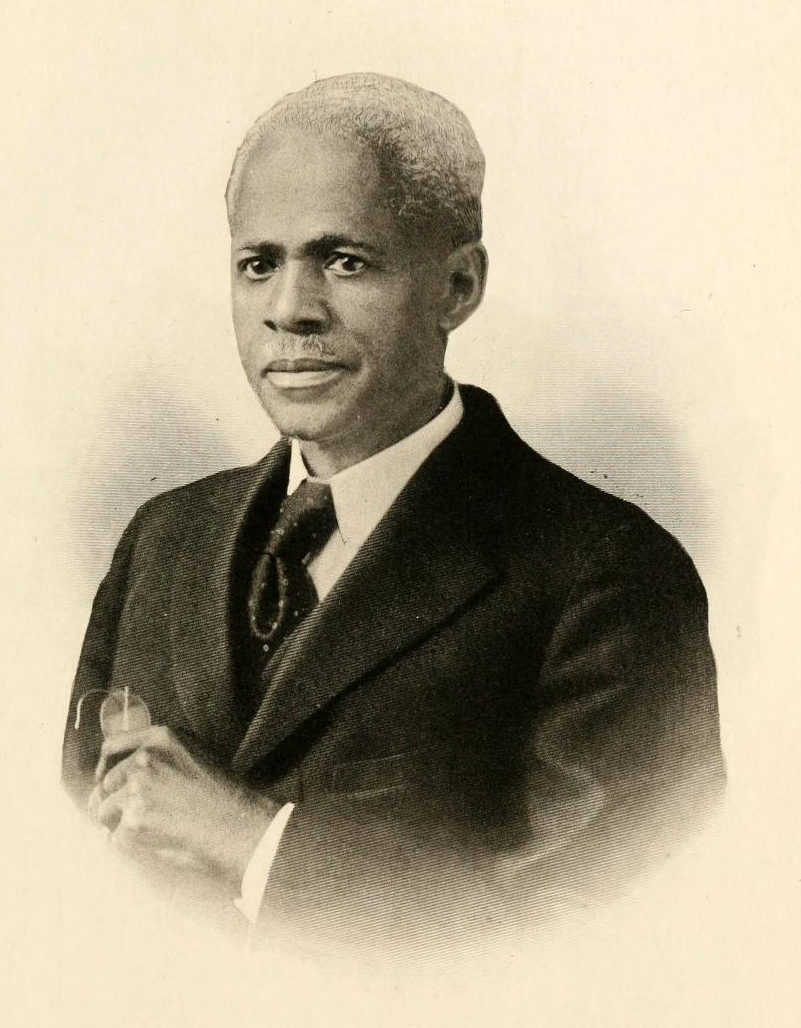 Ezekiel Ezra Smith, educator and diplomat, the son of free blacks Alexander and Caroline Smith, was born in Duplin County on the farm where his father was working as a laborer. His mother's family had been free for many generations, but his father was the first of his family to be emancipated. Because of laws prohibiting the teaching of blacks, the young boy received no formal education, but he did learn from his white playmates. After the Civil War he attended a school in Wilmington conducted at night by the Freedmen's Bureau, but he worked in naval stores during the day. In 1869 he moved to Wayne County, where he attended the equivalent of high school while also becoming a teacher himself. After four years of preparation, he enrolled in Shaw University and received a bachelor's degree in 1878.

Accepting a position as principal of a black grade school in Goldsboro, young Smith began a lifelong friendship with Dr. Edwin A. Alderman, principal of one of the white schools there. In 1883 he was selected to succeed Charles W. Chesnutt as head of the Fayetteville State Normal School, then only five years old, which met in a small four-room building and faced financial difficulties. Smith is credited with saving the school, now Fayetteville State University. Also an ordained Baptist minister, he was pastor of the First Baptist Church in Fayetteville for six years. He served as president of the State Baptist Convention and was a member of the executive board of the Lott Carey Foreign Missions Convention.

The fact that Smith had been a member of the Democratic party since the early 1870s is assumed to be the reason he won legislative support for his school. His political orientation also resulted in his appointment by Democratic president Grover Cleveland as resident minister and general consul to the Republic of Liberia in 1888. In that post he was able to restore more cordial relations between Liberia and the United States.

With a change in the national administration, Smith returned home and earned a doctorate from Shaw University. He spent one year as principal of a high school in Asheville before returning to the Fayetteville institution that he had previously led. With a new campus and new buildings came better support and development into a degree-granting college. He remained the head of that institution for the remainder of his life, spending a total of forty-two years there except for an occasional leave of absence. He was president of the State Teachers' Association in 1906.

A man of many talents, Smith was appointed a major in the Home Guard in 1880 and was adjutant with the rank of captain in the Third North Carolina Regiment in 1898; though recruited for service in the Spanish-American War, he was never called up. In 1881 he organized and operated the Carolina Enterprise, the first newspaper in the state for blacks. Later he was editor of the Banner Enterprise and the Baptist Sentinel.

Smith married Willie A. Burnett on 17 Nov. 1875, and they were the parents of one son, E. E., Jr., who became a physician in Newport News, Va. His wife died in 1907, and the following year he married Nannie Louise Goode. He was buried in Brookside Cemetery, Fayetteville.

Arthur B. Caldwell, History of the American Negro and His Institutions, vol. 4, North Carolina ed. (1921 [portrait]).

Can I have permission to

Can I have permission to reprint this article or parts of it as long as I give credit? Our school was named after Dr Smith.

Thank you for using NCpedia! This article is from the Dictionary of North Carolina Biography, published by UNC Press. Please see the information from UNC Press on reuse and requesting permission on this webpage: http://uncpresspermissionsrequest.web.unc.edu/. You may need to complete the online permission request form linked on that page.

Is there much written history

Is there much written history on E. E. Smith's Mother's family who had been free for generations before 1852?

That’s a very good question.  I am not able to find anything directly about Mr. Smith’s genealogy specifically farther back than his parents.

You may want to look at the resources included with the NCpedia article to see if they contain additional resources that you could look into.  It is also possible that others have done genealogical work that may be available online through a database like Ancestry.com.  You may want to visit your local public library to see if they have a subscription that you can access to try to locate more information.

I’m sorry to be unable to offer anything more concrete.

Please let me know if we can help with anything else.