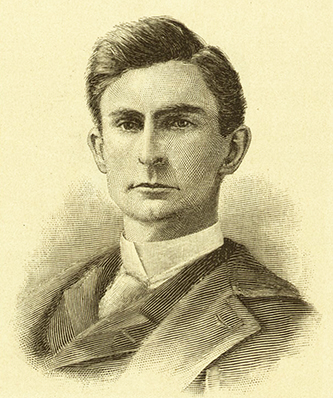 Thomas Dixon, Jr., minister, writer, lecturer, lawyer, playwright, producer, director, actor, legislator, and clerk of the federal court for the eastern district of North Carolina, was born near Shelby in Cleveland County. On his father's side, he was descended from the pioneering Scotch-Irish who settled the Piedmont before the American Revolution. Dixon's ancestors and their numerous kinsmen had fought on the patriot side in the Battle of Kings Mountain. His father, Thomas Dixon, Sr., was locally eminent as a Baptist minister even as a young man. In 1848, while pursuing his ministry in York County, S.C., the elder Dixon met and married Amanda Elvira McAfee, the daughter of a well-to-do planting family. In 1854 she gave birth to Amzi Clarence, the first of five children to survive infancy and childhood. In 1861 the Dixon family joined the general American migration to the good lands of the west, themselves going to settle with relatives and friends in central Arkansas. In 1863, during the midst of the war, the small family determined to return to North Carolina. Marching with livestock, thirty-two slaves, and a covered wagon, the Dixons passed perilously through the armies bloodily contesting for possession of Atlanta. Shortly after they arrived in Cleveland County, Thomas Dixon, Jr., was born.

For a time, the family lived on a farm. Later in 1865, however, they moved into the town of Shelby where Dixon opened a store to supplement his meager income as a minister. Like so many Southerners in those difficult years of Reconstruction, the Dixons labored hard for a meager living. As a child in Shelby, Tom helped his father in the store. Also, he came to know and idolize his uncle Leroy Mangum McAfee. McAfee was graduated from The University of North Carolina in 1858, entered the Confederate Army at the opening of hostilities, and was promoted to colonel of the Forty-ninth North Carolina Regiment before he was twenty-five. When Tom knew him, McAfee was a prominent lawyer in Shelby, the leader of the Ku Klux Klan in Cleveland County, and a hero. In 1872, the Dixons moved to a farm near town. During the next four years, before moving back to Shelby, young Tom came to know hard labor in the fields.

Dixon was educated by his parents and in the Shelby Academy. In 1879 he followed his older brother Clarence to Wake Forest College. He left behind a younger brother, Frank, and two younger sisters, Elizabeth Delia and Addie May. At Wake Forest, Tom distinguished himself as a scholar, winning the highest honors attained up to that time in the Baptist school. His academic achievements earned him a scholarship to graduate school in the recently established Johns Hopkins University in Baltimore. He entered Johns Hopkins in the fall of 1883, enrolling in the famous seminar offered by Professor Herbert Baxter Adams. One of his classmates was another young Southerner, Woodrow Wilson.

In Baltimore Dixon became enamored of the stage. Within a few months, he left graduate school and moved to New York, determined to become an actor. In college he had established himself as a brilliant orator, but bitter experience finally persuaded him to abandon his efforts to enter the theater. He returned to Shelby and began to read law. In 1884 he was elected to the General Assembly and immediately sought election to the speaker's chair. Although he did not win the speakership, he proudly took his seat on the floor of the house when the 1885 legislative session began, four days before his twenty-first birthday. As a legislator he participated in shaping the first bill ever passed to pension Confederate veterans. He also joined in a movement to promote public education. After the session, he was admitted to the bar, experienced early success as a lawyer in Shelby, and on 3 Mar. 1886 married Harriet Bussey (d. 29 Dec. 1937). However, he found the practice of law frustrating. After much soul-searching, he resolved to follow his father and older brother into the ministry. Ordained, he took churches first in Goldsboro and then in Raleigh. Quickly gaining fame, he moved on to a pulpit in Boston and, after 1889, in New York. In New York, he was soon marked as an advocate of the "social gospel" because of his activities to promote political, economic, and social reform. 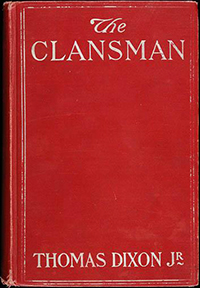 In 1895 Dixon left the Baptist church to become a nondenominational minister. Meanwhile, he had become a very popular lecturer, junketing throughout the country and speaking night after night on various subjects. Before long, he could claim a fee of a thousand dollars for each performance. During the late 1890s, he had also established a home in Virginia. He bought Elmington Manor, a large and beautiful antebellum estate in Gloucester County on the lower Chesapeake Bay. There he became a gentleman farmer and a very knowledgeable yachtsman while maintaining both his ministry in New York and his speaking engagements throughout the country.

In 1901 Dixon happened to attend a performance of the long-running play, Uncle Tom's Cabin. Incensed by what he believed to be a libel of the South, he resolved to write an answering novel. For a year he gathered material and finally took sixty days from his other interests to write The Leopard's Spots. The novel was a twin plea for the exclusion of the African-American from American society and for a reunion of North and South. The book was a tremendous success, selling more than a million copies.

Though never deserting his title of "Reverend," Dixon was known for the remainder of his life as a writer. The Leopard's Spots was soon followed by two other books, both arguing strongly and dramatically for racial segregation and reunion. In 1905 he adapted one of these for the stage; his play, The Clansman, was also a great success, and he proceeded to write, direct, produce, and act in others. In 1913 he agreed to allow a motion picture company headed by David W. Griffith to make the play into a film. Two years later that production was premiered as The Birth of a Nation and it, too, won widespread applause. Thereafter, into the 1920s, Dixon was very active in film-making. In addition to his trilogy on race, he was also writing a trilogy of novels attacking socialism. These were followed by more than a score of books. The last, The Flaming Sword (1939), predicted that the Communists would take over America using an easily duped African-American population as its tool.

Dixon's immediate family was an impressive one. Somehow between a stern, puritanical, and patriarchic father and an aristocratic, gentle, and romantic mother, five gifted children were marked for distinction. In 1922 four of the children were recognized in Who's Who. Clarence became an international figure in his church, and, if Baptists had bishops, he would surely have gained that rank. Frank, too, became a minister and much sought-after lecturer. Elizabeth Delia, with much moral and some financial support from her brother Tom, became a pioneer woman physician in North Carolina. Addie May became a writer, a public relations celebrity, and a cobiographer of Warren Gamaliel Harding.

Ever an adventurous, willful, driving person, Dixon fell upon hard times in his last days. During his life, he made and lost at least three fortunes. The money he earned from his first books he lost on the stock and cotton exchanges in the crash of 1907. His final venture in the late 1920s was a vacation resort, Wildacres, in the mountains of western North Carolina. After he had spent a vast amount of money on its development, the enterprise collapsed as speculative bubbles in land across the country began to burst before the crash of 1929. In 1937 the once affluent Tom Dixon was appointed clerk of the federal court for the eastern district of North Carolina. His health failing and a widower, he married on 20 Mar. 1939 the leading lady of one of his early films, Madelyn Donovan. Dixon lived in illness during his last years, the flashing intelligence still flickering through rising pain. He died at his home on Hillsborough Street in Raleigh. 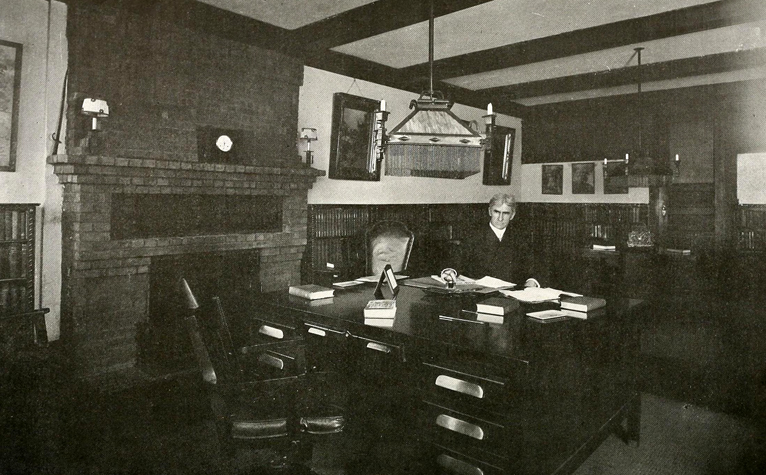 Raymond A. Cook, Fire from the Flint, The Amazing Careers of Thomas Dixon (1968).

"Thomas Dixon in his library on Riverside Drive, New York, at work on his latest novel 'The Foolish Virgin' now appearing in 'The Green Book Magazine'." Photograph. Sky-Land 1, no. 12 (February 1915). https://archive.org/stream/skyland1913smit#page/774/mode/2up

I am very interested in family history, and this was very enlightening.