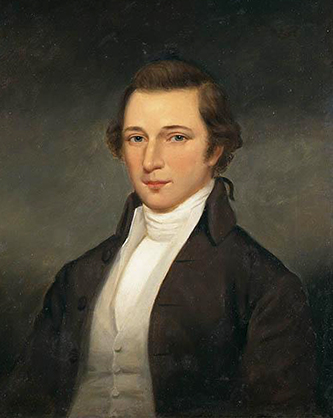 I'm doing some research on

I'm doing some research on the internet on David Stone (NC Gov.1808-1810) & found conflicting information.Some websites(i.e.www.geni.com) show he married his 1st wife Hannah Turner Stone Mar.13,1795, while you show Mar.13,1793. That same website shows his wife, Hannah, was born Dec.27, 1784,& had their 1st child in 1795 which meant she was only 10 years old (or 8 yrs.old by the wedding date you show)& her husband,David was 25! Either there is some "misinformation" or Hannah was literally a child bride. Can you clarify this for me or tell me how to obtain the correct information?

It is true that sometimes

It is true that sometimes sources show different information about topics. Check the sources provided on the website you mentioned to see if you can find the same information they provide in the sources that they list, and if the sources cited are reputable. This article was originally published in 1994. If you need assistance with family research questions, you may contact the NC Government & Heritage Library. Their contact information is available at https://statelibrary.ncdcr.gov/connect#GHL. They can help provide information on sources to check and research methodology. Good luck in your research!