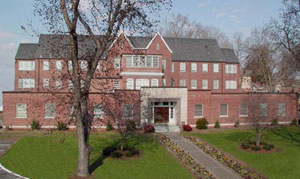 North Carolina has five state-run facilities under the control of the Division of Mental Health, Developmental Disabilities, and Substance Abuse Services for mentally handicapped residents. The Caswell Developmental Center in Kinston, the state's oldest facility, opened in 1914 as the North Carolina School for the Feebleminded; the next year its name was changed to the Caswell Training School (now the Caswell Center) in honor of Richard Caswell, Revolutionary War hero and first governor of the state. Assisting thousands of residents of eastern North Carolina, the school emphasized medical treatment until the 1970s, when education, individual treatment plans, and vocational training of mentally handicapped citizens were introduced. By 2006 the center served about 450 resident clients and hundreds of other individuals in less restrictive settings in the eastern counties.

In 1957 the Goldsboro Training School became the first facility in the nation dedicated to the support and treatment of mentally handicapped African Americans. The school accepted 150 patients from the psychiatric department of nearby Cherry Hospital, offering education and vocational training for the mildly retarded. In 1966, with the desegregation of state facilities, Goldsboro Training School became a regional center for 23 counties in south-central North Carolina. By 2006 the facility, under the name O'Berry Developmental Center, served more than 400 clients, offering real-life job training, self-help direction, and other skills to help them lead independent, fulfilling lives. 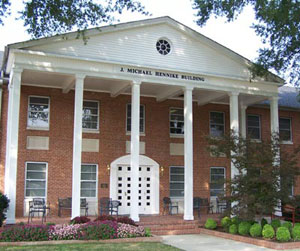 In 1947 Butner Training School for the mentally retarded was set up in an abandoned army barracks. The school received transfer clients from the Caswell Center in Kinston and in 1957 moved into a modern facility, eventually serving about 700 severely mentally retarded citizens from 16 counties. Its name was changed to the Murdoch Developmental Center in honor of James Murdoch, a leader of mental health reform in North Carolina.

The J. Iverson Riddle Developmental Center (originally, the Western Carolina Center) opened in Morganton on 16 Dec. 1963 to provide residential care for the mentally handicapped from the state's western counties-people who otherwise would have had to travel hundreds of miles for assistance. State representatives John W. Umstead Jr., of Orange County, who had a mentally retarded grandchild, and Joe K. Byrd, of Burke County, introduced and secured passage of a bill in 1959 providing $4 million to build a center in western North Carolina. In a subsequent meeting of the North Carolina State Hospital Board of Control, of which Umstead was chair, the decision was made to locate the unit in Burke County rather than Rowan County because the town of Morganton had agreed to furnish sewage treatment service at no cost to the state.

From the beginning, the center's philosophy has been to provide care only after the exhaustion of all other community resources. It has used an interdisciplinary approach toward meeting the needs of profoundly and severely handicapped people while respecting their rights and their due process. The center is believed to be one of the first facilities in the country to develop an aggressive patient advocacy program, a Foster Grandparent Program, and an extensive fine arts program, as well as to stress parental training and early intervention with the families of mentally handicapped infants. The center's name was changed in honor of longtime director J. Iverson Riddle.

The Black Mountain Developmental Center began as an offshoot of the Western Carolina Center in 1977 and became an autonomous facility in 1982. Six years later Black Mountain was funded as a treatment and care facility for patients with severe Alzheimer's disease, which is sometimes accompanied by violent behavior. A program to assist the aged with special medical needs was instituted in 2004.

Biennial report of the Board of Trustees and Superintendent of the Caswell Training School, 1938, North Carolina Department of Cultural Resources Digital Collections.

Looking for a school for my

Looking for a school for my grandson who is educable mildly mentally challenged. He graduated from a Community Based Training Program in 2014 in SC. I taught school in Robeson County for 10 yrs and 7 months.

NCPedia is managed by the State Library of North Carolina. We do not have any affiliation with these centers.

We hope this helps.