Occupations in North Carolina in 1860

By David Walbert, Learn NC, 2009
Reprinted from Learn NC This work is licensed under a Creative Commons Attribution-NonCommercial-ShareAlike 2.5 Generic License. 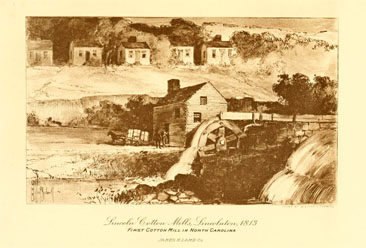 By the middle of the 1800s, the U.S. Census Bureau was asking more information about the people of each state and their economic production. Beginning in 1840, census takers asked people their occupations. The lists below show the occupations that free North Carolinians reported in the Census of 1860.

Note that very few people (only 121!) identified themselves as “planters.” Although we use the term today to refer to owners of large farms, even the largest farmers and slaveholders in the antebellum South typically referred to themselves modestly as “farmers” — just as, today, people who own thousands of acres of cropland tend to refer to themselves as “family farmers” rather than, say, “agribusinessmen.”

I am trying to help my 93 year old mother find her birth mother and father. I have traced who I believe to be her Father to a birth in 1926 to Clear Creek, Mecklenburg, NC. I
Am wondering if there are any lists of employees available for the period of 1925 -1926. These people had previously worked in Tobacco factories. Would you possible be able to verify that tobacco growers were in the area? Would there be any payroll records of tobacco workers in the area?

Thanks for visiting NCpedia. I am going to forward your request to our reference team.