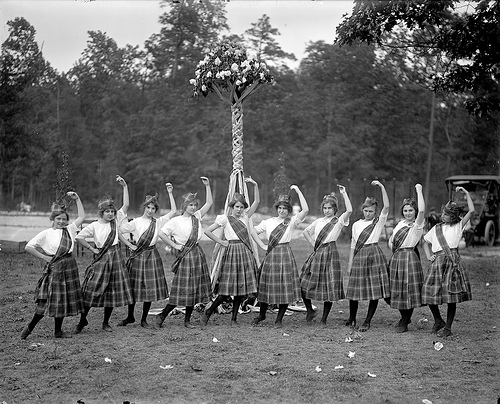 The migration of Scotch-Irish

Does a list of Cary's Anglican coharts exist. Deputy Gov. Cary was sent to England to be tried by the Proprietor Governors.
But Cary was allowed to return to the NC after one year. My Gurgany, Gurganus, Gurganious had land in New Berne early on.
Does a list exist in the NC archives of Anglicans and Quakers who opposed Gov. Hyde?

I'm not sure about this, but I think an excellent place to look would be the Colonial and State Records of North Carolina which covers the 1600-1790 and an excellent source for the colonial are. The source is online at https://docsouth.unc.edu/csr/

I heard the McIntosh settled

I am looking for information on my 2nd great grandmother Sarah Jane Gillis (b. 1826 NC). She married John McAuley on 10 Dec 1850 in Montgomery Co., NC. They had a daughter named Lizzie Jane (1868-1910), my great grandmother. I believe Sarah’s parents Malcolm Gillis and Alice Elcy Jones.

My mother's side of the

My mother's side of the family are from Scotland and settled in North Carolina. She had said that they are mentioned in a book titled, "The Old North State". Or it tells the stories of those who came and settled. Could you share about this book? Would there be a copy somewhere?
Thank you

Thank you for your comment and for visiting NCpedia! Your question has been forwarded over to our library's Reference Team so that we can assist you further. A staff member from our library will be reaching out to you via e-mail soon!

You write about The Highland

You write about The Highland Clearances way too casually. It was just as significant as when the American Government forced native Americans off of their ancestral lands. The Highland Clearances was much more than just "evictions", it was cultural genocide over a century and even beginning before with things like the Statutes of Iona. Not to mention, The British Crown banned Gaelic culture. If being Scottish is part of North Carolinian history, then at least write about Scottish history correctly. The British Crown displaced thousands of families.

It wasn't only the English

It wasn't only the English crown who displaced the Scots but also the Irish Roman Catholics who massacred the Liberal Presbyterian who were the only True United Irishmen in the then Ireland in 1790, Had it not happened there would be no sectarianism today and the island would be a far better place it will never be like the Netherlands. Everywhere the Irish R.Catholics went there was always sectarianism,imparticular the Irish Americans and in parts of Canada.