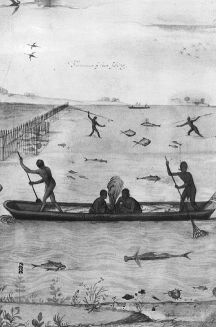 My great great grandma was

My great great grandma was Josephine Chance maiden name Mackey. Sankie was her daughter and my great grandfather was Edward Chance her younger brother all from Fairfield. I live in New Jersey. So we definitely are kin. I'm interested in getting federally recognized.

I am Leroy Collins son and

I am Leroy Collins son and the paternal grandson of Sanford Collins and Mary Murray.

My name is Ted Clayton and I

My name is Ted Clayton and I’m a person of color (negro, black). My grandfather grew up in Lake Landing NC under the name of James Clayton. Will someone contact me concerning this?

My name is Lillian Clayton, I

My name is Lillian Clayton, I'm of Negro descent, my father grew up in Scranton,North Carolina. His name is Kenneth Wayne Clayton he to is of Negro descent. I don't know if this helps.

My grandmother is Suevilla, my great granfather is Edward Chance ,my great great grandma is Josephine Chance from Fairfield. I live in New Jersey. We may be related

My maternal Great Grand Mother was from Fairfield NC Hyde County her name was Neta Collins/Harris Her Mothers name was Nancy Collins and her Fathers was Charlie Collins. I would love to find out more about them..I too have lots of relatives still living in Fairfield NC .

Fantastic post but I was wanting to know if you could
write a litte more on this topic? I'd be very thankful if you could
elaborate a little bit more. Appreciate it!

Every weekend i used to go to

Every weekend i used to go to see this web page, as i want enjoyment, as
this this web site conations in fact nice funny information too.

I am extremely impressed with

I am extremely impressed with your writing skills and
also with the layout on your weblog. Is this a paid theme or did you modify
it yourself? Either way keep up the nice quality writing,
it is rare to see a nice blog like this one these days.