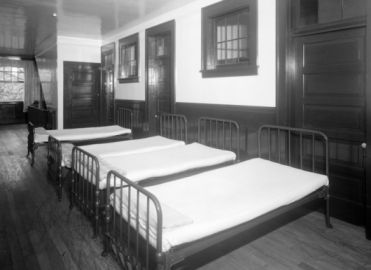 Orphans were an important part of colonial North Carolina society because of high mortality rates and the large number of children present in the population. As early as 1665, William Drummond, the colony's first governor, complained that something needed to be done "to save the rights of orphans." This warning would become one of the guiding standards of the colony.

Orphans were primarily treated according to their "rank and degree," with wealthy individuals being granted more attention by the law. A guardian, often a relative, was appointed to competently maintain the minor's estates-land, animals, buildings, and physical wealth such as slaves, money, and plate-and to support him or her from the interest produced. Each year this trustee was required to report on the progress of the estate, his disbursements, and the well-being of his charge. A guardian was not permitted to abuse the orphan, to neglect care or education, to misuse the legacy, or to marry the child if it was female. In the event that a court-superior, inferior, the General Court, or the more specialized Orphans' Court-suspected wrongdoing, it had the power to immediately intervene, investigate and displace the guardian, and, if necessary, take charge of the estate.

Orphans with insufficient inheritance or with none at all were represented yearly as a group before the Orphans' Court by the church wardens of each parish. The very young were appointed guardians, with the parish usually supplying an annual sum of money to maintain them. Older youths were assigned to "some tradesman, merchant, mariner, or other person" until a male reached age 21 or a female, 18. 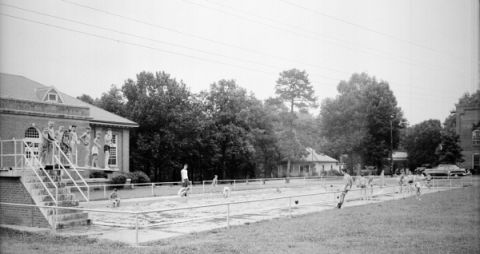 The youths were expected to be fed, clothed, taught to read and write, and educated in a trade. In return they contributed labor, a commodity always in short supply. If the bargain was incomplete at the time the apprenticeship ended, the apprentice was expected to continue to pay on his contract; but if the tradesman failed to do his part, he was subject to prosecution.

During the twentieth century, the care of orphans and other disadvantaged children increasingly became the focus of various state and federal agencies. Today, the North Carolina Division of Social Services maintains a number of programs for children in need, with private organizations such as the Methodist Home for Children in Raleigh providing additional resources.

Report of case held in orhpans court, Reports of cases adjudged in the Superior Courts of law and equity of the State of North Carolina: from the year 1789, to the year 1798, North Carolina Department of Cultural Resources Digital Collections.

In 1779 Jacob Cain (Orange CO, NC) left an inheritance to his unborn child of wife, Joanna Whitaker Cain. Presumably, this child would have been born in 1779 or 1780. Joanna's father, Abraham Isaac Whitaker mentions Joanna in his will of 1803, but doesn't mention any grandchildren. Joanna married Thomas Holloway on 5 Oct 1782 in Orange County. None of Thomas' 19 children by 3 wives were born in 1779-1780. I would like to know what happened to the unborn child.

Thanks for your question.

There are a few possibilities. First the death rate of infants was much higher than it is now, so a possibility to consider is that the child died young. Also, during this time, when fathers died, whether the mother was living or not, they were considered orphans and it is possible the child was assigned a guardian who they lived with. A look at the 1790 census may help, however it groups all males under 16 together, it is worth a look though. There are also guardian records for Orange County at the State Archives that you may want to look through. This is a guide to county records with the Archives. You can go to Orange County and see what they have for guardian records, which are under the category of estate records. https://archives.ncdcr.gov/researchers/collections/government-records/co...

I found my Grandmother's Name

I am trying to find her parentage. My Grandmother & I were VERY CLOSE but she passed in 1987 w/out talking much about this and my mother passed in 2010 not knowing. I am doing Geneology research and trying my best to find a way past this BRICK WALL of who my Grandma's parents were. Not just for genealogy reasons but for health reasons as well.

Is there any way to get a copy of who her parents were? Please tell me that there is PLEASE...
Thank you in advance for ANYTHING you can do to help me!!!

'I'm sending your comment to our reference librarians who can assist you.

My grandfather, John Wade Combs and his younger brother, James Combs were somehow adopted from Mt. Airy, NC, sent to Louisa, VA. Their father, Eli Combs died in 1913 and within a few years, their mother, Virginia Lawrence Combs was unable to care for them. Their sister, Ethel Combs, remained with their mother. I have been unable to find any information as to how that adoption came about from 2 areas so far apart.

Thank you for contacting the Government & Heritage Library, part of the State Library of NC. I am sending your inquiry to our Reference Team at slnc.reference@ncdcr.gov.

My grandpa (Robert Lindsey) and his sister (Alice Lindsey) we’re out in to foster care around 1917 at ages 4 and 5 respectively. They had a baby sister too but I’ve come to learn that she, Dorothy Lindsey, was an infant and adopted out. Is there any way of finding out where they were sent or what happened to them? There’s a chunk in their timeline that just falls off. I know their dad came back for them a few years later.

I am attempting to find any

I am attempting to find any information on one of my great grandfathers. He was an orphan and bound out until the age of 21. His name was Riley McCrary and was born around 1814. He must have been a blacksmith apprentice because that was his trade when he came to Indiana in about 1835. He married Grace Staley, also from North Carolina.

When you say bound out, do you mean as an apprentice? have you found his apprentice bond?

My great great grandmother born 1840 in Wilkes County was an orphan of unknown parents. I believe she had been taken in by a family at or before 1845 and was still in Wilkes during the 1850 census. What orphan records would be available for this period?