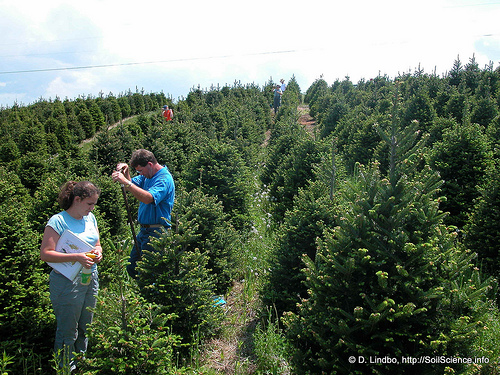 The General Assembly of 2005 adopted the Fraser Fir as the official Christmas Tree for the State of North Carolina (Session Laws, 2005, c. 387).

This law is the result of the hard work of Eighth Grade students at Harris Middle School in Spruce Pine, who researched the economic impact of the Fraser Fir industry on the state, and suggested this species as a new state symbol. 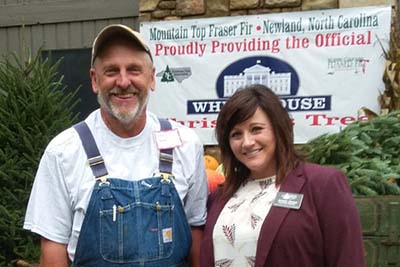 About the Fraser Fir

The Fraser Fir can take as long as 12 years to grow to retail Christmas Tree height (6-7 feet), and will be visited by the grower more than 100 times during its life. The Fraser Fir has been chosen a number of times as the White House Christmas Tree, and constitutes a large percentage of Christmas tree production in North Carolina.

As of 2018, North Carolina grown Fraser fir Christmas trees have been chosen to grace the Blue Room of the White House thirteen times, most recently in 2018. Read more about this event at https://www.hcpress.com/news/2018-white-house-christmas-tree-selected-in.... To read about other fir trees and families that have represented North Carolina at Christmas in the White House, visit http://www.ncchristmastrees.com/13-news-and-events/white-house-trees.

Dude this site is cool i got

thx this helped me on my nc

thx this helped me on my nc notebook