Blalock, Sarah Malinda Pritchard (ca. 1840–9 Mar. 1901) , and William McKesson ("Keith") (ca. 1838–11 Aug. 1913), were Confederate soldiers. Malinda Blalock, North Carolina's only known female Civil War soldier, was the daughter of Alfred and Elizabeth Pritchard of Caldwell County and the wife of Keith Blalock, with whom she was living at or near Grandfather Mountain in Watauga County when the war began in 1861. On 20 Mar. 1862, Keith, although a convinced Unionist, enlisted in the Confederate Army (Company F, Twenty-sixth Regiment, North Carolina Troops), with the intention of deserting to Federal lines. Malinda cut her hair, donned men's clothing, assumed the name of "Sam," and enlisted with her husband. She was described as "a good looking boy aged 16[?], weight about 130 pounds, height five feet four inches." For the next four months she "did all the duties of a soldier" and was reportedly "very adept at learning the manual and drill." She tented with her "brother" Keith at the regimental camp near Kinston; opportunities to go swimming with other members of the company were declined. 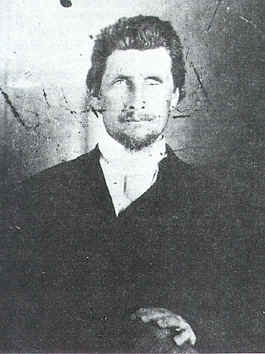 After several weeks of duty at Kinston it became apparent to Keith that his plan to desert could not be realized immediately, and he decided to obtain a discharge. This was granted on 20 Apr. 1862, as a result of a severe rash that he contracted by rubbing his body with poison oak or poison sumac. Malinda thereupon disclosed the fact that she was a woman and was "immediately discharged." She and Keith, who was soon being sought as a fraudulently discharged deserter by Confederate authorities, then lived for a time in a hut on Grandfather Mountain, where they were joined by several other deserters. Following a fight with conscription officers and home guardsmen who attempted to apprehend the group, Keith fled with Malinda to Tennessee, where he became a recruiter for a Michigan regiment. Shortly thereafter the Blalocks joined the partisan unit of George W. Kirk and returned to North Carolina. Both Keith and Malinda played an active role in the guerrilla raids and personal vendettas that characterized the war in the mountains in 1864, and Keith served also as a guide for Confederate deserters and Unionists who sought to make their way through the mountain passes to Federal lines in Tennessee. Malinda was wounded in a skirmish during this period, and in another engagement Keith was wounded and blinded in one eye. In February 1865, Keith's stepfather, Austin Coffey, was murdered by Confederate sympathizers, and in February of the following year Keith shot and killed a man he believed had been involved in Coffey's death. Keith was apprehended shortly thereafter, but before he could be brought to trial he was pardoned by Republican Governor William W. Holden.

In later years the Blalocks farmed in Mitchell County and, for a time, "attempted merchandising." They resided in the Linville area, which became part of Avery County when the latter was formed in 1911. In 1874, Keith presented himself as a Mitchell County Republican candidate for the state legislature but was defeated. He and Malinda moved to Texas in 1892 or thereabouts; however, they subsequently returned to Mitchell County. Malinda died a natural death, but Keith was killed while operating a handcar on a mountain railroad. He was at the time a resident of Hickory. The Blalocks had at least four children: Columbus (b. ca. 1863), John (b. ca. 1869), Willie (b. ca. 1873), and Samuel (b. ca. 1877).

Nancy Alexander, Here Will I Dwell: The Story of Caldwell County (1956)

Francis B. Simkins and James W. Patton, The Women of the Confederacy (1936)

I have just discovered Sharyn

I have just discovered Sharyn McCrumb's books and am nearly finished with "GhostRiders" where I was introduced to "Keith" Blalock and the others from History. My grandma was born and raised in North Carolina. As my oldest daughter and I work on the family genealogy, I have found myself wanting to learn more about the history of where my grandma came from and her family. I am glad to have come across your site. Thank you...Jennie

Do you have any information on Baird Rose,or Baird Blalock? Thsnk you.cardinal

There were hundreds of

There were hundreds of documents cases of women soldiers! There are several books on the subject.

A correction needs to be made

A correction needs to be made about " Sarah Malinda Pritchard Blalock".
Her parents are listed as Alfred & Elizabeth Pritchard of Caldwell Co., NC. This is incorrect.
Her parents were from Alexander Co., NC, and their names were John "Jack" Pritchard & Sarah Pearce.
This can be ascertained from the 1850 Federal Census of Alexander Co., NC House # 340, that also names Malinda's siblings. Also, the entire Civil War Pension file of Wm. Blalock, of which a copy is available at the Belk Library, Appalachian State Library in Boone, NC. This pension file names Malinda's father & brothers. It is found in the NARA Group 15, File Designation - SC 58-976. These documents are also stored in the National Archives in Washington, D.C. The pages cover a period from 1874 through 1898. One of the depositions reads as follows: Deposition of McCaleb Coffey, October 24, 1874, State of N.C., Co. of Watauga, Sct.
"Mr. McCaleb Coffey, aged 64 years, residing near Blowing Rock in said County on his oath
says that he is a brother to Austin Coffey who was the step-father of Wm. Blalock ......"

"That he (Blalock) returned again to the neighborhood some few months afterwards and getting
a gang of the worst kind of men under him, and among them one Milton Webb, Joe Coffey a
son of Enoch Coffey, Old Jackie Pritchard his father-in-law, and Wm. and Adolphus Pritchard
his brothers-in-law, and also at times John Riley Pritchard another brother-in-law, he continued to raid and plunder up and down the John's river and the surrounding country from then on to the close of the War."

There was a couple in the 1850 Caldwell Co., NC Federal Census, dated Sept. 17, 1850 , John's River District, named Alfred & Elizabeth "Betsey"(nee Gragg) Pritchard, who had a daughter named Melinda who was born there in 1840. This Melinda later married three times: First to Emanuel Slaughter in 1859 in Lawrence Co., Ky. Emanuel Slaughter was killed in the 2nd Battle of Bull Run. Secondly, she married Emanuel's brother, Martin Slaughter, in 1863 at Ironton, Lawrence Co., Ohio. Thirdly, as a widow, she was married to James Tisdale in Catlettsburg, Boyd Co., Ky in 1918. This marriage ended in divorce in 1919 and her name of Slaughter was re-instated. She died 14 June, 1919 in Ironton, Lawrence Co., Ohio.
She was my maternal great grandmother. Her parents are named as "Albert & Betsy Pritchard, natives of NC" in her obituary on 15 June, 1919 in "The Morning Irontonian". Her parents were listed as Alfred Pritchard & Betsey Gragg in her marriage license on 10 Sept., 1918 in Boyd Co., Ky. Marriage Book 15, page 49 to James Tisdale.

Thank you for visiting NCpedia and taking the time to post this in-depth information about Sarah Blalock's genealogy and to share the extensive work that you have done.  We greatly appreciate receiving information like this that can help us improve the accuracy of information. And, as you know, genealogy can be very complicated!  We may be back in touch with you if we need additional information that you have collected!

We will look into having this entry updated, and please know that the information you have provided in your comment will stay with the entry for other viewers to utilize.

I just finished reading, GHOST RIDERS by, Sharyn McCrumb. I wish there was more of it to read. Could not put it down. The only photos in the book are of Zeb Vance and Malinda Blalock. No photos of "Keith" Blalock. Had to check the internet and found one. Thanks

Thanks for visiting NCpedia and sharing this recommendation with our readers!