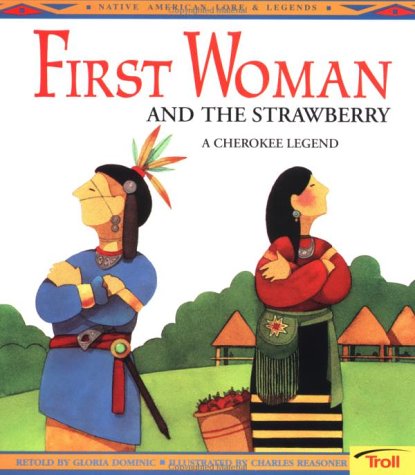 "Shhhhhhhh!" Legend has it that Coharie Indian mothers would make that sound when outsiders would approach their village, hoping to quiet their children until the strangers passed. The Coharie were trying to stay on the fringe of European settlement, maintaining anonymity from the larger outside community. The "shhhhhhhh" sound is also the sound of wind whispering through the pine trees of eastern North Carolina. To this day, when the wind blows through the trees, Coharie people hear two things—the wind and their past. This story uses the environment to tell us part of the history of the Coharie people, but the story also has another meaning. When passed down from parent to child to grandchild, this story affirms Coharie cultural identity. It says, "This is who we are."

In American Indian communities, people tell legends, folktales, and fables. They tell these stories for many reasons: to recount the history of the people, to tell where they came from, or to relate the exploits of a particular hero. Often stories are told to educate children about cultural morals and values. Stories also help to explain the supernatural and peculiar aspects of animals and the environment.

The stories of an Indian group make that group unique, but stories will be known only as long as they are told. When someone ceases to tell a story, part of the cultural knowledge is gone.

Tribal history is important to the Haliwa-Saponi Indians in Halifax and Warren counties, and they have a story that tells how the people came to live in an area that they call the Meadows. After the Tuscarora fought a war with the North Carolina colonists in the early 1700s, many of the defeated Tuscarora started moving north to join other Iroquoian tribes in New York. On their way to New York, some of the Tuscarora camped near Roanoke Rapids, North Carolina. With many of their people wounded and sick, and their children crying, the Tuscarora decided not to go north. These people moved to the Meadows, a place where they would be away from the colonists, a place where they could live in peace. Over time, more Indian people moved into the Meadows area, forming what is today the Haliwa-Saponi Tribe. Such stories help children to know who they are and where they came from. The story shows the long history of the people and makes the bonds within the community stronger.

Stories can also teach strength of character, as in the many fables (morality tales using animals) from the Cherokee of western North Carolina. One of these fables, told by Kathi Smith Littlejohn, describes how the opossum lost its tail.

The story above offers a lesson. It indicates that conceitedness is not a good characteristic to have and that it will ham us if it continues. Such stories are told purposely but are often dropped into the middle of a conversation so that a person will not be embarrassed by his or her behavior.

Cherokee stories often discuss spirit beings called the Little People. The Little People, or Nunnehi, are, in the words of Robert Busyhead, protectors. Kathi Smith Littlejohn describes the Nunnehi as being like us but smaller. The Nunnehi help us, but they also play tricks on us, "so you'll laugh and keep young in your heart."

In the Lumbee community in Robeson County, many stories concern the legendary folk hero and outlaw Henry Berry Lowry. Lowry disappeared in 1872, but many stories say that for years after his disappearance, Lowry would often be seen visiting friends or going to funerals. Because no one knows what became of Lowry (although some say he was killed, and some say he just left the area), the stories of his appearances in the community make his legend even more impressive.

Throughout North Carolina's American Indian communities, stories are being told. Passed down from generation to generation, these stories serve to strengthen the bonds within the community. We hope that, through the stories of their elders and their own eyes on the world around them, North Carolina's American Indian people will continue to keep alive the old tales and to create new ones.

At the time of this article's publication, Jefferson Currie worked as an assistant curator at the North Carolina Museum of History.

I want to write a children’s

I want to write a children’s book based on a Native American legend. Do I need permission to do this?

This comes from a published source, the Tarheel Junior Historian, which is under copyright. You can contact the original publisher for rights.

I have a sculpture of an

I have a sculpture of an Indian story teller. It has places where horns were cut off. Someone told me that this was Indian folk Lore. Have you ever heard this?

Can you please tell me about

Thank you for posting your inquiry here! I sent you an email to connect you with Reference Services at the State Library of North Carolina's Government & Heritage Library. They may be able to help you in your research.