Originally published as "The Five Classes of Women in North Carolina" 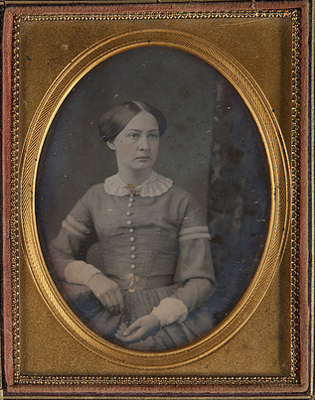 By 1865 the Civil War had raged for four agonizing years, sapping the energy and resources of the South. But it was soon to end. From April 17 to April 26, 1865, Nancy Bennett, an ordinary North Carolina farm woman, and her husband, James, provided the setting for Confederate general Joseph E. Johnston to negotiate his surrender to Union general William T. Sherman.

Nancy and her husband owed their participation in this important historic event to pure chance and their location near Durham’s Station, between Hillsborough and Raleigh. Their "nice farm," with its "oak-shaded fence" and "fine green lawn," perhaps suggested a return to antebellum "normalcy" for the war-weary generals. Whatever the reason, their request to meet on the Bennetts’ land allows us a rare glimpse into the life of an otherwise obscure farm woman and how she lived in the years before the war.

Usually, women of the wealthier planter class from this period in history command our attention. Novels and movies provide us with views of women in the antebellum South who are graceful, charming "belles"—attending barbecues, county fairs, and cotillion balls until marriage transforms them into plantation mistresses.

In truth, these images are simplistic, exaggerated, and largely imaginary, and they are true for only a few women. The images ignore the experiences of African American women, and they do not speak to the realities of life for the vast majority of North Carolina’s white women, either. Like Nancy Bennett, most white women were wives or daughters of nonslaveholding yeoman farmers.

Women in the Yeoman Farmer Class

Nancy Leigh Pierson was a thirty-year-old widow when she married James Bennett on May 21, 1831. Remarriage was important to women of the day, because single women had few economic options. Like spinsters (women who never married), young widows were often forced by societal pressures and beliefs of the time to live with relatives.

Nancy and James began life together with few worldly goods, and throughout their marriage, the couple struggled to become financially secure. In 1846 the Bennetts purchased, on credit, about 325 acres of land on the Hillsborough Road between Chapel Hill and Raleigh. On their farm, the Bennetts raised for themselves and for sale corn, oats, melons, Irish potatoes, and pork. Both husband and wife (and presumably, eventually children) worked in their fields, gardens, and stockyards. Because of its location on the busy Hillsborough Road, the Bennett farm also served at times as a grocery store, a tailor and cobbler shop, and a country inn. The Bennetts finished paying for the land in eight years.

Nancy played a crucial part in the family’s economic struggle by producing clothing that she sold to the public. In addition, she occasionally operated a sort of "bed-and-breakfast" inn for travelers. While her husband sold horse feed, tobacco plugs, and liquor to guests and passersby, Nancy provided lodgers with clean bedding, supper, and breakfast—all for a profit that contributed to the family’s income.

Sherman described the house as "scrupulously neat, the floors scrubbed to a milky whiteness, the bed in one room very neatly made up, and the few articles of furniture in the room arranged with neatness and taste." His words described good housewifery and more. Over the years, Nancy’s thrift, efficiency, and, above all, hard work were vital contributions to her family’s economic success.

Women in the Poor White Class

Unlike yeoman farm women who worked to support themselves or to assist in supporting their families, women in the poor white class lived in households where no property was owned and where economic circumstances forced them to work at jobs outside their homes even to pay rent. For example, on the Flat River in Orange County, several households of older women, probably widows, and their grown or teenaged children worked at the Orange Factory Cotton Mill. Factories were rare in antebellum North Carolina, however—most wage-earning women labored long days in the homes or fields of their neighbors.

Women in the Planter Class

Planter women such as Lucy Martin Battle, the wife of state supreme court justice William H. Battle, often fulfilled two roles. First, they were household managers. Lucy primarily kept accounts of the family’s food and clothing supplies and planned and hosted the many social events required by people of the Battles’ upper-class rank. Planter women also filled the role of plantation mistress, overseeing the labor of the enslaved persons who fulfilled many responsibilities and duties. Lucy strived to be good to the enslaved people. She granted them holidays, recognized their family ties, and respected their knowledge about crops and livestock, which was often greater than her own.

Although upper-class white women and enslaved women shared the same world, their lives differed enormously. Lucy, for example, sometimes wearied of enslaved women’s refusal to work at the pace she desired. Other mistresses expressed outright contempt for enslaved people. Catherine Devereux Edmondston, for example, accused enslaved people of malingering in order to be assigned housework instead of fieldwork. She readily accepted the concept of "proper station" in life, believing that black women were expected to work from sunup to sundown in cotton fields, while white women like herself were intended to care for dahlias, make blackberry wine, or decorate elaborate cakes for family celebrations. 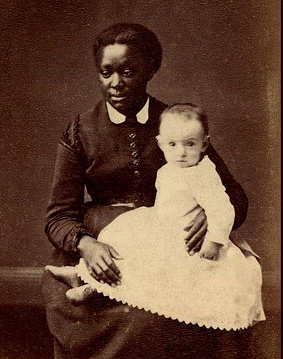 In addition to shouldering heavy workloads, enslaved women became wives and mothers, though under vastly different circumstances than white women. North Carolina courts did not recognize marriages between enslaved people as legal, nor did they protect enslaved families from being broken apart by their enslavers.

Even in households with "humane" enslavers, the laws of slavery created dilemmas for enslaved women. For example, Sarah, an enslaved woman in Louisburg, "married" James Boon, a free black man who traveled the state seeking work as a carpenter. Though she and her husband could not share a private home, Sarah’s enslavers permitted the couple to maintain a cabin, garden, and livestock on her enslaver's property. These enslavers sometimes allowed Sarah to visit James on the road, and they even permitted the couple’s young, enslaved son to travel the state with his free father.

Despite the relative generosity of Sarah’s owners, the realities of slavery ultimately governed her life. She missed her husband and her son terribly during their long absences from the plantation. In a letter to James, she wrote, "Give my love to my son and tell him I hope he is doing well and attends preaching regularly." In another, she expressed concern that her husband might be sick and in need of her care. Living together, she wrote, would "be a greater prise [sic] to me than all the money you could make." Perhaps because of the difficulty of building a stable, intimate relationship with an enslaved woman, James eventually left Sarah and legally married a free black woman. The ease with which he did so is evidence of Sarah’s powerlessness. That Sarah, and even her enslavers, saw her marriage with James as valid meant nothing in a court of law.

*At the time this article was written, Victoria E. Bynum was a professor of history at Texas State University in San Marcos, Texas.

"Antebellum" and "Slavery" documents from the North Carolina Digital Collections.

"Antebellum" and "Women" documents from the North Carolina Digital Collections.

"Antebellum and "Women" documents from NCLive.

"Antebellum and "Women" documents from WorldCat.