"The Needy Doing Something Useful: The WPA Goes to Work"

Millions of Americans found themselves without jobs in April 1935, about six years after the stock market crash. President Franklin Delano Roosevelt and 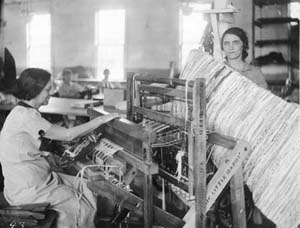 Congress created a New Deal agency called the Works Progress Administration (WPA), with plans to hire 3.5 million people nationally at a cost of $5 billion. After two years of “direct relief,” or grants of money not tied to working, the federal government was switching to “work relief,” paying people to work on projects for agencies like the WPA. States took over public welfare programs.

Between 1935 and 1940, the WPA in North Carolina employed 125,000 men and women of all races, completed 3,984 projects, and touched the lives of nearly everyone in the state. The WPA’s purpose was to provide a variety of jobs for the unemployed during the Great Depression.

In New Bern, 37 women worked in sewing rooms for $32 a month making things like rugs and clothing. About 70 percent of these skilled laborers provided the only source of income for their families. The WPA’s Federal Music Project, for musicians without work, organized 18 African American choral groups in the state. The president and his wife, Eleanor, selected the North Carolina Negro Chorus to perform at the White House on June 8, 1939, in a concert honoring the king and queen of England. For two years, the North Carolina Federal Theater Project participated in the outdoor drama in Manteo, The Lost Colony. In 1939 the Federal Writers’ Project in the state produced two books: North Carolina: A Guide to the Old North State, which employed about 100 people for three years to describe and map parts of the state and its history, and These Are Our Lives, designed to include stories about “common southern folk.” The WPA hired artists to paint murals in public spaces like post offices, and its National Youth Administration aided needy young people with training and campus jobs. 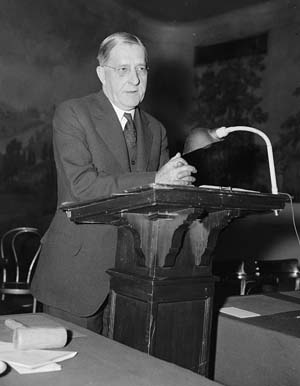 Today some people oppose the federal government’s stimulus package to help the economy. In the 1930s, not everyone supported the WPA. Opponents, like North Carolina’s United States senator Josiah Bailey, argued that the program cost too much money and would mean higher taxes. They believed it did not solve the problem of unemployment. What would happen when these jobs, created by the federal government, ended? How much should the government pay WPA workers? If people made more money work-ing for the agency than working on a farm or in a factory, businesspeople and farmers would have a hard time getting the workers they needed. After much debate, Congress agreed that the WPA would not pay more than typical jobs in business and industry.

Politicians fought over who would control the WPA, which would spend a lot of money and hire a lot of people. The federal government ran the WPA from Washington, D.C. Harry Hopkins, the national director, however, worked with the North Carolina congressional delegation to choose projects and hire personnel. Politicians, seeking greater influence with the WPA, fought over the selection of a state director. North Carolina congressman Robert L. Doughton—powerful head of the House Ways and Means Committee—and Senator Bailey successfully pushed for George Coan, mayor of Winston-Salem since 1929. A graduate of Davidson College and Harvard University, Coan had worked for Reynolds Tobacco Company but had been a strong Roosevelt supporter. Battles over the appointment of other officials in the state WPA distracted Coan for much of 1935. The effort to create jobs lagged behind that of other southern states. Coan complained that Hopkins had not given North Carolina enough money for its relief needs. The state was not receiving its fair share based on population, Coan said.

Leaders in Washington feared that, with large sums of money to spend, state WPA officials might become corrupt. They might give money to the jobless or state officials, in return for support and votes on election day. Although the WPA banned some political activities, state WPA officials and politicians violated those policies. The agency—with thousands of employees—could influence elections. In the 1936 Democratic gubernatorial primaries, Coan actively supported Clyde Hoey after former governor O. Max Gardner promised Coan the chairmanship of the State Highway Commission. Gardner gave Coan $25,000 to distribute in WPA districts, and Coan provided Gardner with a list of key WPA personnel in the state. Senator Bailey also used lists of WPA personnel in his 1936 reelection campaign. Some states, like Indiana, did a better job than North Carolina of keeping politics out of relief programs. Other states had much worse records. In 1939 Congress passed the Hatch Act limiting political activities of federal employees, such as those in the WPA. Most of those restrictions still apply today.

As the Depression continued, the WPA faced growing opposition within the state. After his reelection in 1936, Bailey attacked the New Deal. He particularly targeted the WPA, which he blamed for competing with business for workers and weakening its participants’ work ethic. Some Tar Heels joked about the WPA’s rate of work—claiming, for instance, that WPA stood for “We Poke Along.” In 1937 Bailey fought against the agency’s getting more money. He demanded that the federal government adopt a balanced budget and completely turn over the task of helping the unemployed to state and local governments. Bailey claimed that southern states, like North Carolina, did not receive their fair share of the funds. He thought the WPA was sending too much help to urban areas. 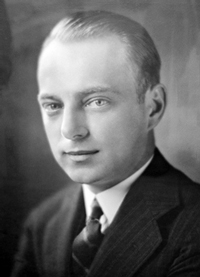 After two years, the North Carolina WPA declined dramatically. In August 1937, employing only 18,600 workers (compared to more than 40,000 the previous year), it spent $706,000 in the state, down from the $1.2 million spent in August 1936. To cut costs, Coan closed district offices in September 1937 and operated the WPA from one Raleigh office. The WPA rebounded briefly when the economy worsened in late 1937 to early 1938; Congress in June 1938 significantly increased its funds. By that October, the state WPA peaked, with 55,000 workers. In 1939 the agency began its final decline, and Congress renamed it the Works Projects Administration. By 1940, Roosevelt focused increasingly on World War II, which had begun in Europe. He reduced the size of the WPA. The war jump-started the economy, and relief became less critical.

Coan resigned as the state WPA director to return to private business. Governor Hoey refused to appoint him chairman of the State Highway Commission, after all, because of Coan’s closeness to Bailey and Doughton. Coan had served three and a half years, spent $60 million, and helped an average of 40,000 North Carolinians a year get WPA jobs. While he had mixed politics and relief, he kept the agency free of financial scandal.

Although North Carolina ranked last in the country in per-person WPA spending, the agency did make life better for many people. One grateful mother of eight could speak for thousands of other Tar Heels when she said, “If it hadn’t been for the WPA I don’t know what we would have done.” Her husband earned $18.50 every two weeks working in a WPA printery. Without that income, the family had sometimes gone hungry. The WPA changed the political and the physical landscape. It left a legacy that government can help people in need, and its surviving projects offer a physical reminder of that legacy.

*At the time of this article’s publication, Dr. Douglas Carl Abrams was teaching history and supervising student teachers at Bob Jones University, where he also chaired the Department of Social Studies Education. He is the author of Conservative Constraints: North Carolina and the New Deal and Selling the Old-Time Religion: American Fundamentalists and Mass Culture, 1920–1940.

By the People, for the People: Posters from the WPA. Library of Congress, Washington, DC, USA. http://memory.loc.gov/ammem/wpaposters/wpahome.html

Resources on the WPA in North Carolina in libraries [via WorldCat]