When I was growing up, I listened to older folks talk about Cherokee raids in our community. I heard about the time that Yankee troops chased two wounded Confederate soldiers into the Yadkin River, where they hid and escaped capture during the Civil War. I knew all about the local farmer killed by a train when he raced his wagon across the tracks, against the engineer’s warning whistles. People told these stories as if they had happened the day before, but all of the events actually had taken place at least one hundred years before.

None of those stories I heard as a student appeared in school textbooks. Most of us know about the mystery of the Lost Colony, the famous Wright brothers and their airplane, big Civil War battles, and key events in the Civil Rights movement. But what are we missing? Today some of the most interesting things about North Carolina are almost forgotten. For example, can you name the state’s leaders during the Revolutionary War? Why did Asheville display a dead man in a window for years? Why does Thomasville have a huge chair sitting in the middle of town? What is a Plott hound? Across the state, there are unique and fascinating historical people, places, and things to discover—funny or gruesome, mysterious or inspirational. Sometimes we are not sure what is completely true and what is not. 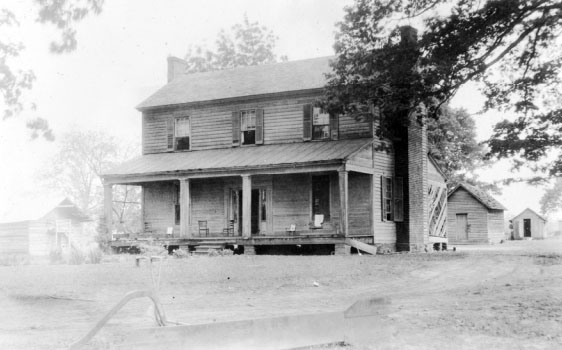 One of North Carolina’s most fascinating stories and greatest mysteries is the true identity of a teacher who went by the name Peter Stuart Ney. He arrived by ship in Charleston, South Carolina, in 1816 and moved to North Carolina six years later to teach school in Mocksville. Ney later taught in Davie and Rowan counties, and at the new Davidson College. At Davidson, he designed the college seal that is still used today. Ney was well respected in the community. He was a very intelligent man—he could speak at least five languages and was a poet and an expert in mathematics—and he could draw wonderful sketches.

But Peter Stuart Ney seemed to have a past that caused people to whisper. What was his real background? Was he the man he claimed to be? French soldiers who escaped to America to live in the Carolinas said they recognized him. They said he was really Marshal Michel Ney, one of French emperor Napoleon Bonaparte’s famous military commanders. Ney often moved from place to place to avoid these soldiers and the rumors they spread. Was he Marshal Ney? How was this possible? You see, Marshal Ney had been executed (shot to death) after Napoleon lost the battle of Waterloo in 1815. So he was dead, right? Or was he? Did Marshal Ney somehow escape to the United States? Was he hiding in North Carolina under the name Peter Stuart Ney?

His students completely believed he was Marshal Ney. Peter Ney often spoke in French, and like Marshal Ney he was an expert horseback rider and swordsman. Peter Ney also told people a lot about Napoleon and all of the battles Napoleon fought. In fact, Ney wrote notes inside books about Napoleon, correcting mistakes or adding detailed information unknown to others. In one book he drew a picture of a French officer and titled it “Marshal Ney, by himself.” When news came that Napoleon had died on his island prison, Peter Ney was so upset that he tried to kill himself. Later he said in despair that he could never go home to France to be with his wife and children. (He never married in North Carolina.)

Over the years, Peter Stuart Ney said and did enough to make people believe that the rumors about his past rang true. Finally, in November 1846, when Ney was dying of pneumonia, his doctor asked about his true identity. Rising up from his bed, he told the doctor that indeed he was Marshal Ney. After he died, his body was examined. It was covered in scars, said by some to match known wounds that Marshal Ney had received in battle. Former students and friends became convinced that Peter Stuart Ney was Marshal Michel Ney. Many people attended his funeral at Third Presbyterian Church in Cleveland, Rowan County.

In 1895 James Weston, a minister from Hickory, published a book based on statements from everyone he could find who knew Peter Stuart Ney. Weston even traveled to Europe to visit Marshal Ney’s home and learn more. He came to believe the two men were one and the same. Other people have written books trying to prove this theory. They claim that Marshal Ney escaped his execution, perhaps with the help of fellow members of the Masonic Fraternity. Several experts have said that Peter Ney’s handwriting matches Marshal Ney’s. Twice Peter Ney has been dug up from his grave so experts could examine his remains for evidence. Nothing was found to help solve the mystery.

Today most historians think Peter Stuart Ney made up everything to fool his students. They do not believe he was Marshal Ney. This is based in part on two letters written by North Carolina historian Archibald Murphey in 1827. Murphey first wrote to a friend that he had hired “a French Gentleman . . . a Nephew of Marshal Ney, who came to America after the Battle of Waterloo” to assist him with his writing. In his second letter, Murphey wrote, “He is not a Frenchman, but a well-educated, intelligent Scotsman by birth. . . . His name is Ney.” A record in the State Archives indicates that Peter Stuart Ney was born in “Sterling Shire, Scotland.” Other historians have offered other evidence and have written detailed accounts of Marshal Ney’s execution, to prove he was indeed dead and never came to North Carolina.

There remain many questions about Peter Stuart Ney. Why did Murphey write two different versions about his background? Did Ney say he was from Scotland to cover his tracks? How do we explain all of the other stories? To many people he is still a mystery. And he ranks as one of North Carolina’s most interesting people, no matter what you believe.