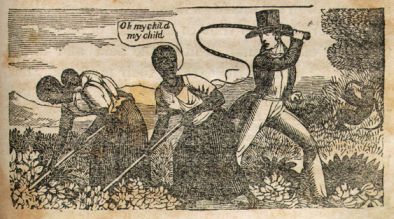 Overseers is a term referring to employees of plantation owners before 1865 who served as general managers of routine farming operations. They sometimes were former indentured servants themselves, liberated and in search of a better life. Others had been unsuccessful small farmers or the sons of small farmers who sought a more reliable source of income. Often lacking formal education, they generally were knowledgeable in the fields of agriculture, planting, harvesting, and husbandry and in the care and management of servants, slaves, and other laborers. Overseers routinely were entrusted with the care of property valued at thousands of dollars.

Although generally treated with courtesy, and despite the critical role he played in the life of the plantation, the overseer and his family were rarely accepted into the society of the planter class. In addition, he was typically despised by the black population for his role as disciplinarian on the plantation. The overseer could absent himself from the plantation only with the permission of the planter and had to be present whenever the owner was away. Although slaves usually worked no more than nine hours a day, an overseer's workday was frequently longer. He arose early to prepare for the day's tasks and remained late to attend to the needs of the workers. He had to see to the security of all property, often making rounds at night to do this. Attempting to maintain order and peaceful relations among the workers and enforcing the directives of the owner were also among the overseer's duties.

John Spencer Bassett, ed., The Southern Plantation Overseer as Revealed in His Letters (1925).

"Slaves under the overseers whip." Narrative of the Life and Adventures of Henry Bibb, an American Slave, Written by Himself (New York: By the author, 1849), p. 115. Image courtesy of LearnNC.

The use of the word worker

The use of the word worker implies that the slaves on the plantation were monetarily rewarded. Just my opinion.

Thanks for your comment. This article comes from a published source, the Encyclopedia of North Carolina, which was published 2006 but the UNC Press.

I found this article to lack

I found this article to lack cultural sensitivity to the violent nature of many overseers. Yes, they were a product of their cultural time, but also the article erases the terrible history of slavery by making a claim that the slaves had it better than the overseers.

I agree with Michael Glass'

I agree with Michael Glass' comment and would add that the assertion that "most slaves" worked "only 9 hours" does not ring true with the research that I've done. I would say that "most slaves" toiled MORE than 9 hours each day. The punishment many overseers dispensed was barbaric and brutal and there was no justice to be found for the victims of abuse in any court of law where slavery was tolerated.

I am looking for a way to

I am looking for a way to find the name of the overseer @ Tyaquin Plantation while Thomas Burke was the owner, and shortly after Burke's death. I am looking to find a way to verify Burke's "ownership" of my ancestor, Jim Burke. Family oral history places Jim Burke at Burke Plantation, in what was said to be "present day Burke county, North Carolina"-however, Burke county has been divided many many times over the years. Burke's burial place is now in Orange county. I'd appreciate any suggested resources or ideas.

Thank you for visiting NCpedia and for sharing your research and question.

We don’t have any specific content in NCpedia that would help with this.  I am connecting you with Reference Services at the NC Government & Heritage Library via the email you included with your post.  A reference librarian will contact you shortly to help suggest resources and collections you may want to consult, if you are still looking for this information.