Before the Civil War, North Carolina was an overwhelmingly rural state where most white citizens lived and worked on farms and plantations. Even as late as 1850, only one town in the state—Wilmington—had a population of more than five thousand people!

At the top of white society, in terms of both prestige and power, were members of the upper class, typically families that owned large tracts of land, enslaved large numbers of people, or both. These planters gained their wealth by growing cash crops on large plantations. They typically grew cotton, tobacco, rice, wheat, or corn and produced enough to sell for a nice profit. Planters used enslaved black people to work these plantations. Other members of upper-class white society in North Carolina were merchants or members of professions, primarily doctors and lawyers. Many of these individuals also owned plantations and enslaved people.

Members of the upper class led lives of relative comfort and refinement. They often had leisure time to engage in activities unique to the well-to-do: reading and writing books, playing musical instruments, and learning foreign languages. They also traveled throughout the United States and to Europe. These trips often occupied most of the summer months.

Most white North Carolinians were not wealthy. They were small, self-sufficient yeoman farmers. These farmers owned their own farms. Unlike planters, they normally did not farm primarily to sell crops for money. Instead, they devoted most of their farming efforts toward producing enough food—corn, wheat, vegetables, a 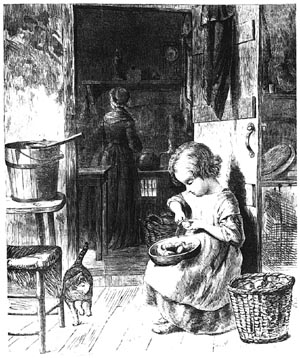 nd livestock—to feed their own families. They made other goods the family needed within their own homes or found them among the abundant natural resources of the countryside. Those things they could not produce or find for themselves they got by bartering with their neighbors or taking occasional trips to the nearest town to trade with or buy items from local craftspeople or merchants.

Some farmers enslaved people. But even yeomen who enslaved people generally worked on their farms and depended more on family labor to help out with various jobs. The men labored to clear land, raise and harvest crops, and keep the farm operating; to hunt and fish to stock food stores; and to trade and barter in town. Their wives were responsible for raising children, cleaning house, making clothes, washing laundry, preparing meals, feeding livestock, and tending gardens, and in many cases helping plant and harvest crops.

Children were also assigned their share of chores to help keep the farm going. As early as the age of four or five, children were expected to perform regular duties like gathering eggs, nuts, and berries; fishing; or collecting kindling (wood). When they became old enough, children began assuming the roles of their adult lives. Boys, for example, began helping out in the fields and around the farm. Girls learned very early how to sew, clean house, tend lamps, and assist in the kitchen. By the 1850s, yeoman children generally attended school, but most of them went only four or five months a year, when farm chores and activities at home slowed down. 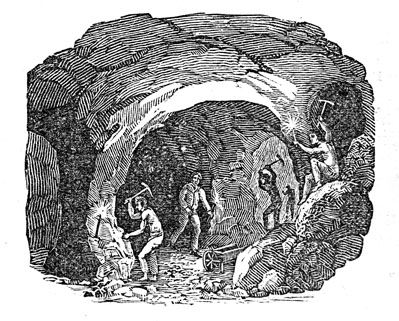 Below the yeoman farmer class, in the white social order, was a much smaller group known as poor whites. Members of this class did not own land—some of the men may have farmed, but they either rented fields from wealthier landowners or worked as hired farm laborers. They had little independence and depended on others to keep them out of poverty. Most made their living by hiring themselves out to work for members of the upper class or the yeomanry. Others worked in a variety of industries such as mining, railroad construction, river navigation, milling, or naval stores.

Women in the poor white class sometimes worked as tenant farmers or farm laborers alongside their husbands, brothers, or sons. Unmarried or widowed women often found work as domestics, seamstresses, or washerwomen. Poor white children were often sent to work outside the home in order to help their families make ends meet.

"Josiah Collins III." From The Way We Lived in North Carolina, edited by Joe A. Mobley © 2003 University of North Carolina Press, published in association with the North Carolina Office of Archives and History, Raleigh, NC, USA.