by Steven Case and Amy Kemp 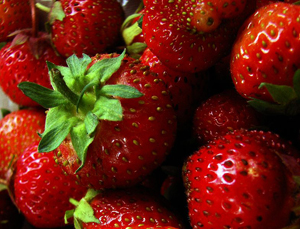 About the Strawberry and Blueberry

Strawberries (genus fragaria) originated in Europe. They are produced commercially for fresh consumption or to be frozen, canned, preserved, or juiced. They are a highly perishable fruit and are generally grown near areas of consumption or processing. Strawberries can grow in a wide range of soils and climates, though they are susceptible to drought.

Nutritionally, strawberries are high in Vitamin C and A, and supply 8% of the RDA (Recommended Dietary Allowance), for Iron. There are only 60 calories in a cup of fresh berries and zero grams of fat. They are usually harvested in the spring, from early April until early June. In 2016 North Carolina planted 1,300 acres of strawberries valued at nearly 27 million dollars. According to the United States Department of Agriculture, North Carolina produces the 3rd most strawberries in the country.

A cup of blueberries (genus vaccinium) supplies 50% of the RDA for Vitamin C, as well as 22% of the fiber recommended for a healthy diet. They grow in highly acidic and moist soils, usually in areas with cooler climates. The southern rabbiteye blueberry is frequently grown in the Southeast as it can withstand higher temperatures. 97.6% of North Carolina blueberries are grown in the Coastal Region, with 2.4% grown in the rest of the state. In 2016 North Carolina harvested 7,200 acres of blueberries for a crop of over 46 million pounds. According to the United States Department of Agriculture, North Carolina produces the 6th most blueberries in the country.

The session law itself explains how important these two berries are to the agricultural economy of the state.

Both berries are grown throughout the state, and consumers can pick their own berries at farms from one end of North Carolina to the other. The NC Department of Agriculture provides a list of pick-your-own farms at NC Farm Fresh. 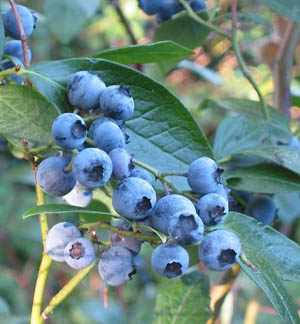 PART I. NORTH CAROLINA'S HERITAGE OF FARMING
Whereas, North Carolina's economy originated and developed as an agrarian economy with a cornucopia of fruits and vegetables; and
Whereas, the State takes great pride in its rich heritage of farming; and
Whereas, there are still many families who base their livelihood in farming and who are continuing the North Carolina tradition of producing goods from our land; and
Whereas, one of the main sources of agricultural production in the State is the production of fruits and berries of several varieties; and...

s/ James B. Black
Speaker of the House of Representatives

Noncitrus Fruits and Nuts (from the U.S. Dept. of Agriculture)