Virginia Dare and the Lost Colony: Fact and Legend 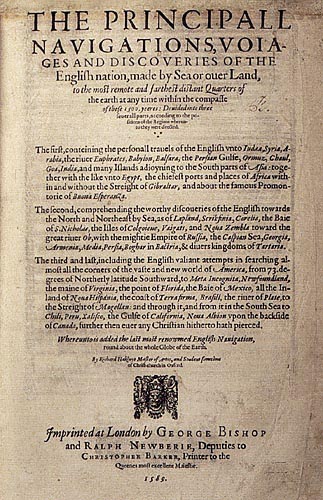 More than four hundred years ago, Europeans wanted to set up colonies in the New World. For them, the New World meant the present-day continents of North and South America. Sir Walter Raleigh, an adventurous English gentleman, sent a group of men to explore the New World. A later expedition established a settlement on Roanoke Island, on the North Carolina coast. In 1586, after enduring winter hardships, lack of food, and disagreements with the Indians, survivors of this colony returned home to England with Sir Francis Drake. Then Raleigh decided to send a second group of colonists. On April 26, 1587, a small fleet set sail from England, hoping to establish the first permanent English settlement in the New World.

This second group of colonists differed from the first because it included not only men but also women and children. It would be a permanent colony. The little fleet consisted of the ship Lyon, a flyboat (a fast, flat-bottomed boat capable of maneuvering in shallow water), and a pinnace (a small sailing ship used to carry supplies). These vessels carried more than 150 men, women, and children. Also aboard were two Indians, Manteo and Wanchese, who had gone to England with Raleigh's previous expedition and were returning to their home. The pilot was a Spaniard, Simon Fernando, and the governor of the new colony was John White. Among the colonists were Governor White's daughter, Eleanor, and her husband, Ananias Dare. The voyage took longer than the usual six weeks, and the ships finally anchored off Roanoke Island on July 22.

Once the colonists landed, they began repairing the houses already there and started building new homes. Eleanor Dare gave birth to a baby girl on August 18 and named her Virginia. Virginia Dare became the first English child born in the New World.

The colonists begged Governor White to return to England for supplies. He was very reluctant to leave the colony but finally agreed. On August 27, nine days after his granddaughter's birth, he set sail. He planned to get relief supplies and more colonists in England and then return to Roanoke Island as soon as possible.

However, his plans did not work out. Soon after White returned to England, King Philip II of Spain and his armada (fleet of warships) attacked the British. Because of this attack and for other reasons, White could not return to Roanoke until three years later.

He finally reached Roanoke Island on August 18, 1590, his granddaughter's third birthday. The colony was abandoned. What had happened? The only clues are found in a log book kept by Governor White. He found the letters CRO carved on a tree near the water's edge. The settlement had been enclosed by a palisade (a tall fence of stakes pointed at the tops and set close together) to make a fort. At the right side of the entrance, the word CROATOAN had been carved on a post "without any cross or signe of distress" near it. White and his men continued to search but never found a trace of the colony. White hoped that the colonists were safe with Manteo and his friendly Croatoan tribesmen at their home on Hatteras Island. 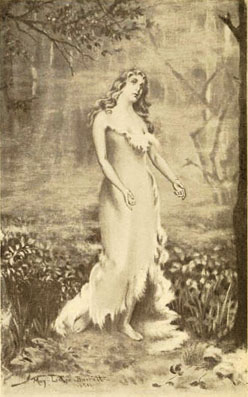 What happened to these "Lost Colonists"? No one knows for sure. As with many mysteries, when the answer cannot be found, legends grow to explain the story. One of the most enduring North Carolina legends is about Virginia Dare as the white doe.

In 1901 Sallie Southall Cotten wrote The White Doe: The Fate of Virginia Dare, a long narrative poem that tried to explain the mystery. According to Ms. Cotten's story and later variations of the legend, Virginia Dare grew up in the tribe of the friendly Indian Manteo. She became known as Winona-Ska and grew into a beautiful young woman whom everyone loved. Okisko was a handsome young Indian chieftain who wished to marry her. However, an old witch doctor, Chico, also wanted to win Winona-Ska. Chico was very jealous of Okisko. In spite of his efforts to win her love, Chico was turned down by Winona-Ska. Enraged, he used his evil magic to turn her into a white doe. If she wouldn't be his, no other man could have her, either.

Okisko was determined to undo the evil magic of Chico. He found a kindly magician, Wenokan, to help him. Okisko made an arrow with an oyster shell tip. Then he and Wenokan took the arrow to a magic fountain. When Okisko put the arrow into the water, the arrow became pearl. If the white doe was shot with this pearl arrow, the evil spell would be broken, and Winona-Ska would become human again.

At this time Wanchese decided he would seek fame and glory by killing the charmed white doe. He knew that only a silver arrow could kill this special doe. His father, also named Wanchese, was the Indian who had traveled to England with Manteo. Queen Elizabeth I had given a silver arrow to his father. Now the son would use it to kill the white doe.

One day Okisko saw the white doe near the ruins of Fort Raleigh on Roanoke Island. Nervously, he raised his bow and shot his magic pearl arrow, but at exactly the same time, Wanchese shot his silver arrow from another direction. Both arrows pierced the white doe's heart. Magically, Okisko's pearl arrow turned her back into a beautiful young woman, but Wanchese's silver arrow pierced her human heart. Okisko rushed to her, but Winona-Ska died in his arms.

In desperation, Okisko ran to the magic fountain and threw both arrows into the water, begging for Winona-Ska's life. When he returned to the place where she had died, he found no sign of either the doe or Winona-Ska. Later the white doe appeared and looked at Okisko with her soft eyes. Then she ran into the woods.

To this day many people report seeing a ghostly white doe near the area where the Lost Colony first settled on Roanoke Island. Will the mystery ever be solved? We may never know all the facts, but this legend of the white doe is an interesting way to explain the fate of Virginia Dare, one of the Lost Colonists.

References and other resources

ANCHOR resources about the Roanoke Colonies.

You really need to make your

You really need to make your things easier to read.

Do you have any specific suggestions on how to make it easier to read?

This really helped at school,

This really helped at school, thanks! This is amazing!

this was really helpful i

this was really helpful i needed this for a project at school so thank you to whoever made this plus its a really cool story.

I am so glad you found it

I am so glad you found it helpful!

this was really helpful

this was really helpful thanks

I studied with this

I studied with this

yeet this was very helpful

yeet this was very helpful thankyou

This was helpful in school I

While doing research on my

While doing research on my family, and looking at old civil war maps, I came across something on one map near Richmond VA that stood out to me. It said "Grave site of Virginia Dare"
I had no idea who she was but felt she was important since her name was on it. When I looked her up I found this huge mystery. I certainly remember the lost colony stories from school, but did not remember her part in it. Apparently she is suppose to be buried in North Carolina somewhere? This map is dated 1864!