The Cost of Tryon Palace

Its elaborate architecture made Tryon Palace the most expensive house in British North America. Located on the banks of the Trent River in New Bern, North Carolina, the construction of the house and grounds were commissioned by William Tryon soon after he was appointed governor in 1765. As a display of power and wealth, Tryon wanted a grand structure, and he selected architect John Hawks. Born in England, Hawks was the first professionally trained architect to design buildings in North Carolina. He developed the plans and supervised building the mansion and its gardens.

Until the establishment of the governor's mansion at New Bern, the colonial capital had moved around the colony. With the impressive new building, New Bern became the colony's first permanent capital. And the large and imposing structure sent a strong message about royal colonial power to the colony's residents. The cost of the building, at at least 15,000 pounds, also sent a message to the residents of the colony. Many of them were poor farmers. The cost of the palace would be paid for by increased taxes on residents.

Tryon threw a big celebration in December 1770 to celebrate the project's completion. Eventually the mansion would take on the name "Tryon's Palace," as an insult. Today the site is still known as Tryon Palace.

The text below is a transcription of Hawks's original itemization of the cost of building the mansion and grounds.

A rough calculation of the expense of a mansion house executing at Newbern for the governor of North Carolina for the time being.

Expence of the two Wings or Offices of the said House, Including Collonade, dwarf Wall,
and Pallisadoes to form the Court.

Digging and laying drains from the House, and Making Reservoir Labour and Materials £400
To the Superintendant for four years overseeing and directing the Works of the House, Officers &c £1200
£10265

Expence of the two Wings or Offices of the said House, Including Collonade, dwarf Wall,
and Pallisadoes to form the Court. 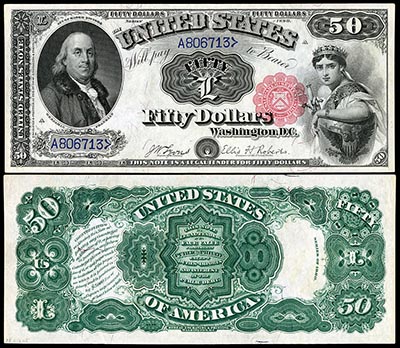 How Much is That
in Today's Money?
From Colonial Williamsburg
North Carolina Colonial
and State Capitals 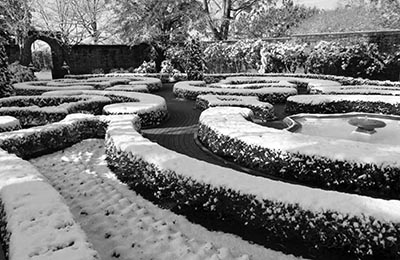 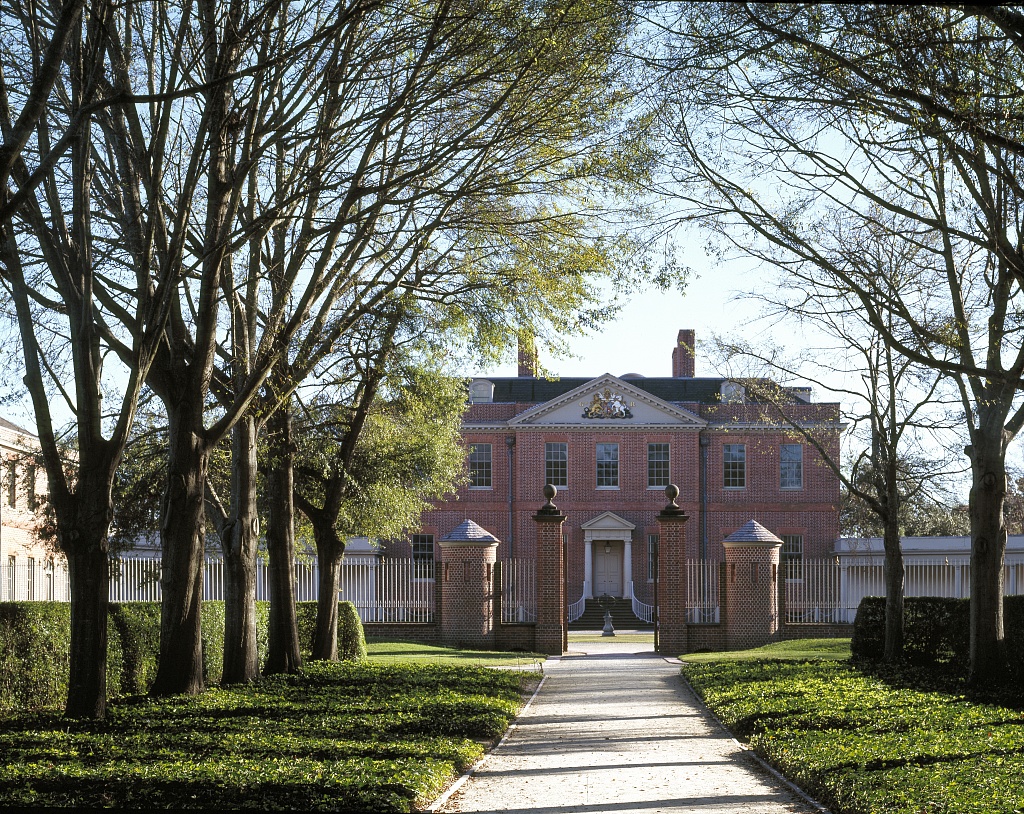 The palace built by Governor William Tryon in the 1760s stands in marked contrast to the homes of most backcountry settlers. Image from the Carol Highsmith Collection at the Library of Congress. 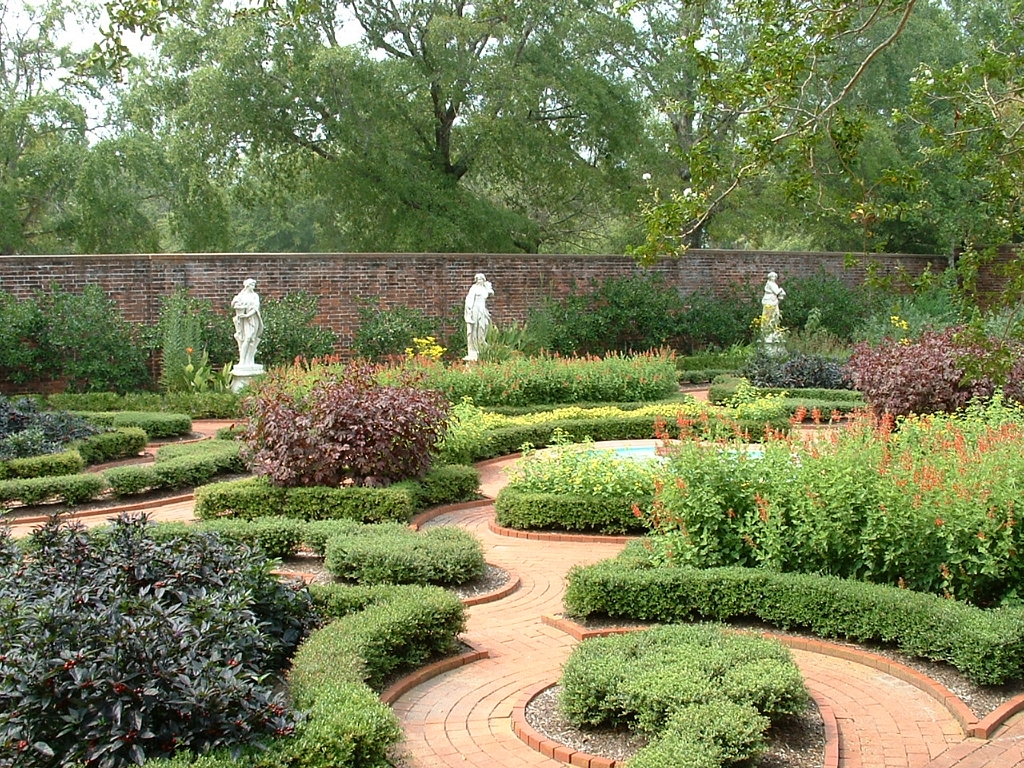 Like upper-class English houses of its time, Tryon Palace had formal gardens with curved paths, ornamental plantings, and statues. 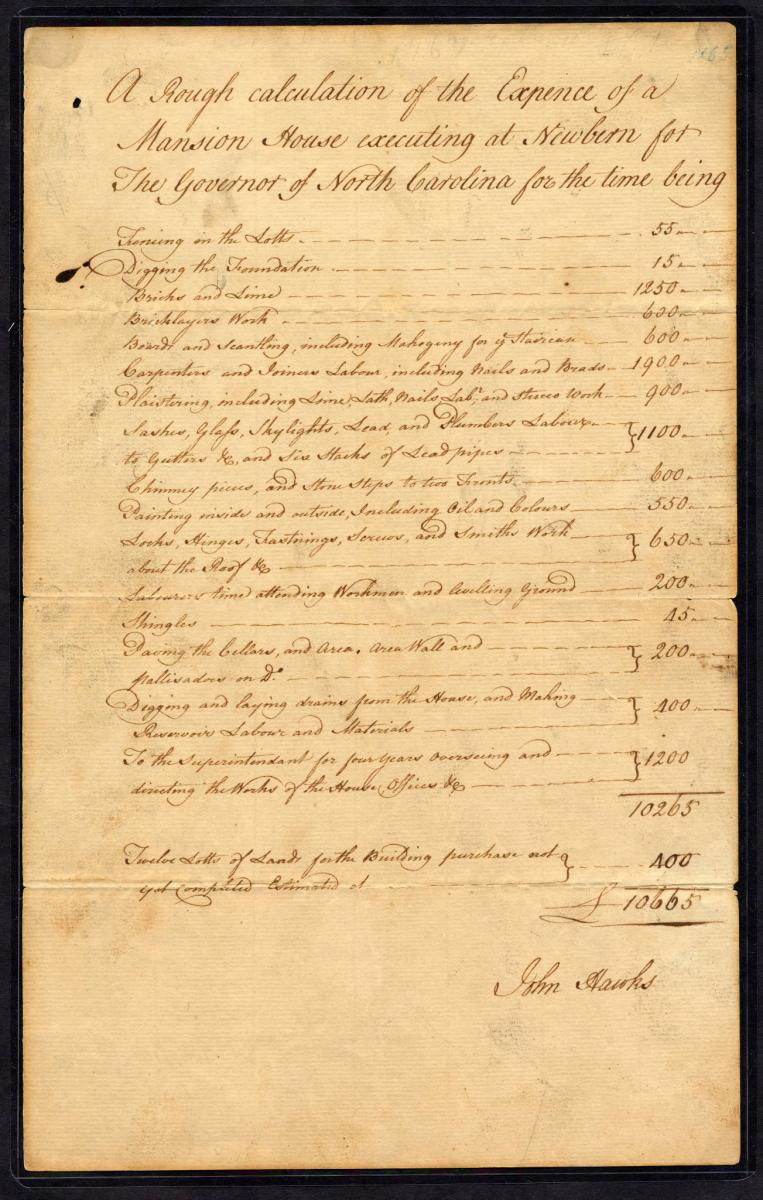