Portrait of Andrew Johnson, the 17th president of the U.S.

Perhaps best known for taking the reins after Abraham Lincoln's assassination and first president to be tried for impeachment, Johnson was born in Raleigh, North Carolina in 1808. In 1826, moved to Tennessee and started his own tailoring business. Through is wife's tutoring, a local academy, and his own determination, Johnson built up his education. Johnson made his way up to politics through the House of Representatives, Senate, Military Governor of Tennessee, and Vice President. As president, Johnson was met with opposition from the Radical Republicans, who wanted a more strict merging of the former Confederate States. The Radicals passed the Tenure of Office Act in 1867, which required the president to obtain the Senate's permission if he wanted to dismiss important government officials. In 1868, Johnson dismissed Secretary of war, Edwin M. Stanton, who was the only cabinet member who supported the Radicals' program for reconstruction. Johnson's actions broke the Tenure of Office Act, thus the House of Representatives The House of Representatives have the power to call for the impeachment an official. The Senate votes on whether the official is impeached or not called for his impeachment. Johnson was able to avoid impeachment by one vote 2/3 of the Senate must vote 'yes' to impeach an official, but he was not re-elected for another term.

If you'd like to know more about Andrew Johnson go to: 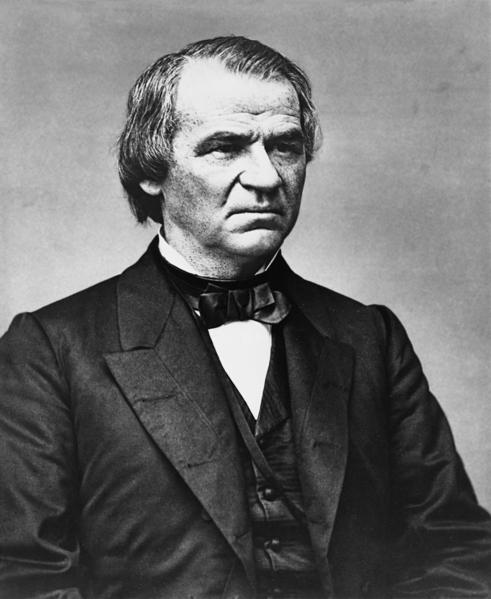