An open-air animal market in Riobamba, Ecuador displays several bound sheep lying on the ground, as well as numerous sellers and buyers. The people in the photo are wearing colorful wool garments representative of traditional Andean textile production. 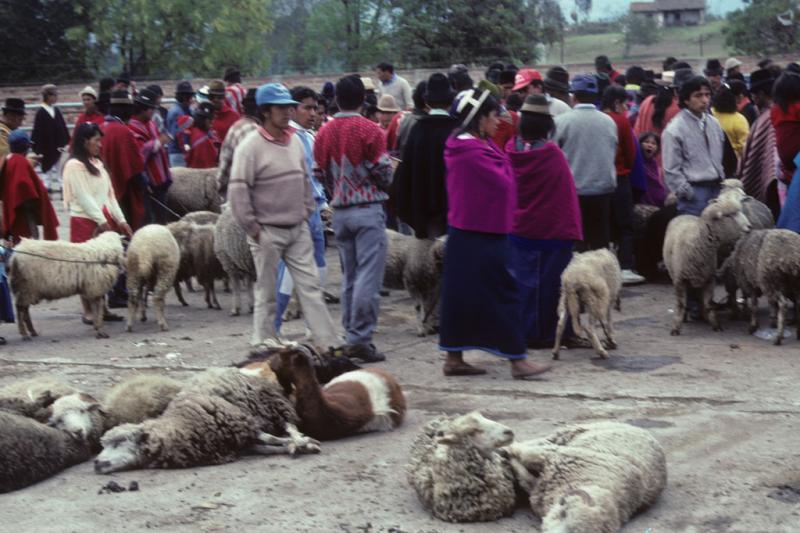