Scanned page of classified advertisements in the January 7, 1837 issue of the Carolina Watchman. The row on the furthest left are advertisements for sale or rent of a house, room on boats shipping goods from N. York to Fayetteville, and enslaved Black people.

The third column advertises enrollment to female boarding school, a sale of an enslaved Black man, Nathan, and applications for gaining navigation rights of the Yadkin River.

The farthest right column reaches out for those interested in an apprenticeship at the Coach and Ornamental Painting, capture of a runaway enslaved Black man named Peter, and a stone cutting job.

To read the other pages of this newspaper go to: http://digital.ncdcr.gov/cdm/compoundobject/collection/p15016coll1/id/70... 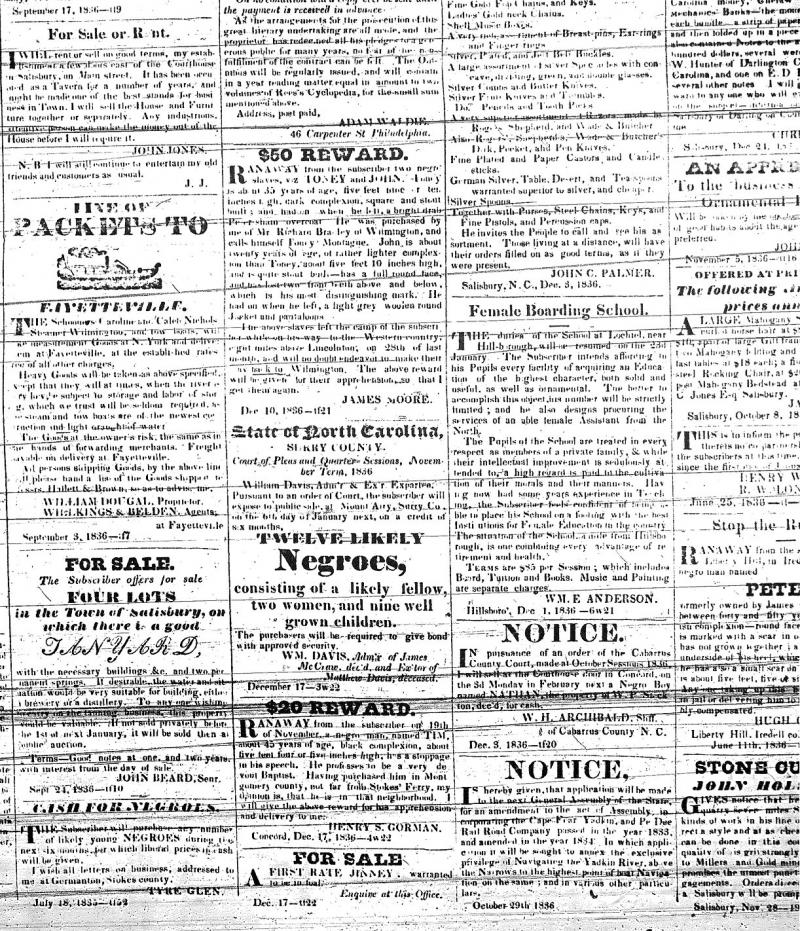