The church of La Balbanera

This church sits behind a low stone wall. It has a stone facade with a large arched doorway, supported by two columns.

The church of La Balbanera was constructed in 1524, making it the oldest church constructed by the Spaniards in Ecuador. 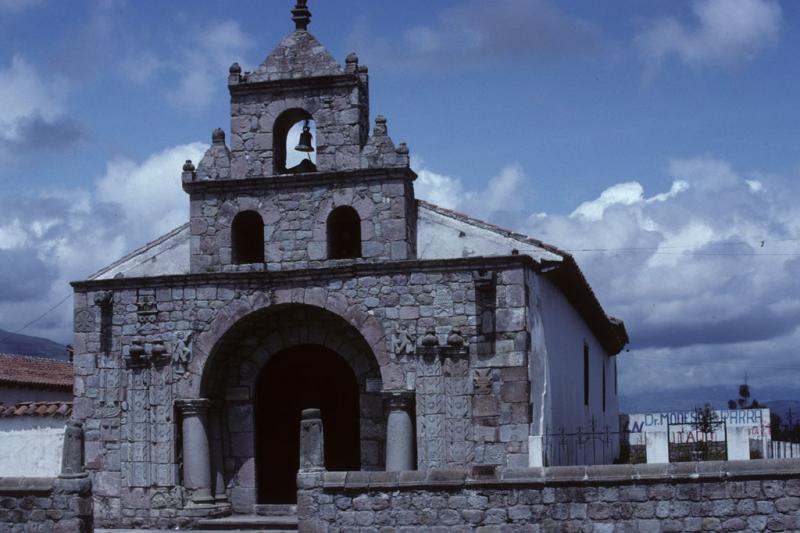