Union soldiers often referred to Confederate soldiers as "butternuts" because of the yellow-brown color of their uniforms. The butternut tree (scientific name Juglans cinerea) is native from the most northern tip of the United States to the mountains of North Carolina. The butternut has a light-brown shell and the bark of its tree has been used by native peoples, including the Cherokees, to create a brown or yellow dye for centuries. Dye may have been made from butternuts or the bark of the butternut tree to color "homespun" Confederate uniforms. There is some historical debate about exactly how the name began and why. According to the Farmer's Almanac,

Old hunters and Indian fighters of the pre-Civil War era wore blue or light gray so they would not stand out at a distance. This tradition was carried over into the selection of army uniform colors. Because the United States (Union) regulation color was already dark blue, the Confederates chose gray. However, soldiers were often at a loss to determine which side of the war a soldier was on by his uniform. With a shortage of regulation uniforms in the Confederacy, many southern recruits just wore clothes from home. When cloth became scarce in the South, the principal source of Confederate uniforms became captured Union uniforms. The dark blue uniforms were boiled in a solution with walnut hulls, acorns, and lye. The resulting color was light tan, which [was] called “butternut.”

Others suggest that the nickname resulted from the appearance that light gray Confederate Uniforms took on -- light brown -- after being worn and dirtied during service. 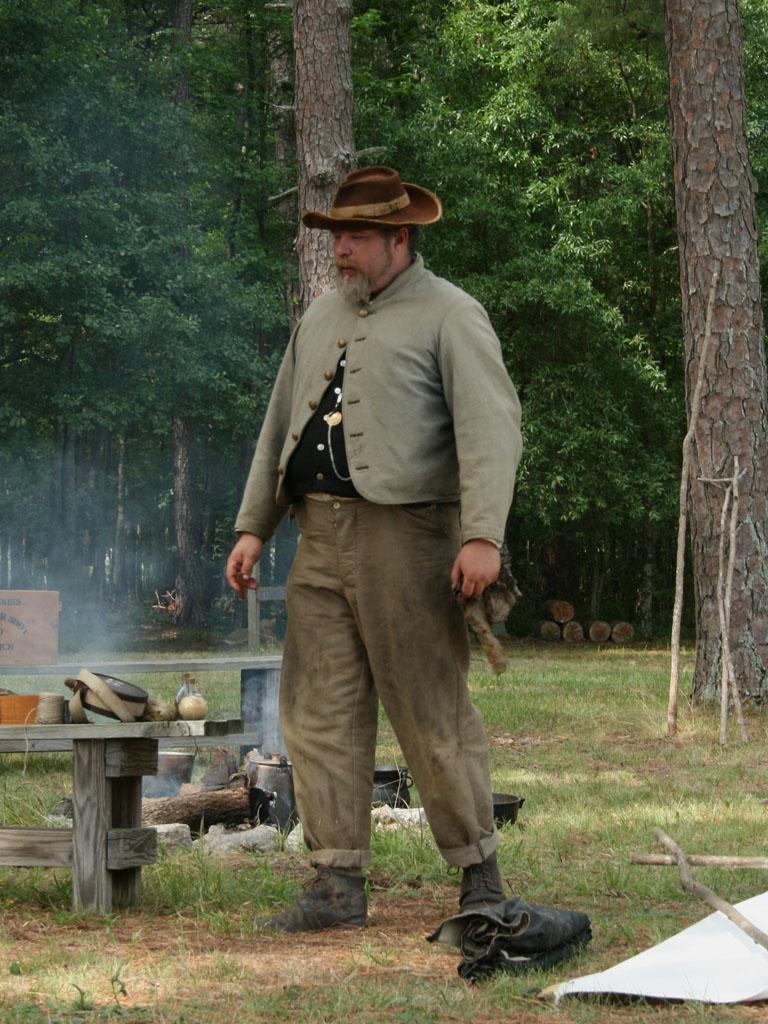