A foot-powered loom in Quito, Ecuador

A large, foot-powered loom is laden with several skeins of wool.

In the highlands of Ecuador, Quechua-speaking peoples continue to use the more traditional, but more time consuming, hand loom. This is a photo of a more modern, but still not mechanized, foot-powered loom. It appears that a craftsperson is preparing to make a blanket or shawl on the loom.

The pre-Colombian city of Quito was destroyed by the last Inca ruler. Therefore, the historic center of the city dates from its founding by Francisco Pizarro in 1534. The historic center of Quito was declared the first world heritage site by UNESCO (United Nations Educational, Scientific, and Cultural Organization). The city of Quito, like much of the central part of Ecuador, is vulnerable to earthquakes and volcanic eruptions. The most destructive earthquake occurred in 1797 when 40,000 people lost their lives. More recently, in 1987 a magnitude 7 earthquake struck Quito killing an estimated 1,000 people. 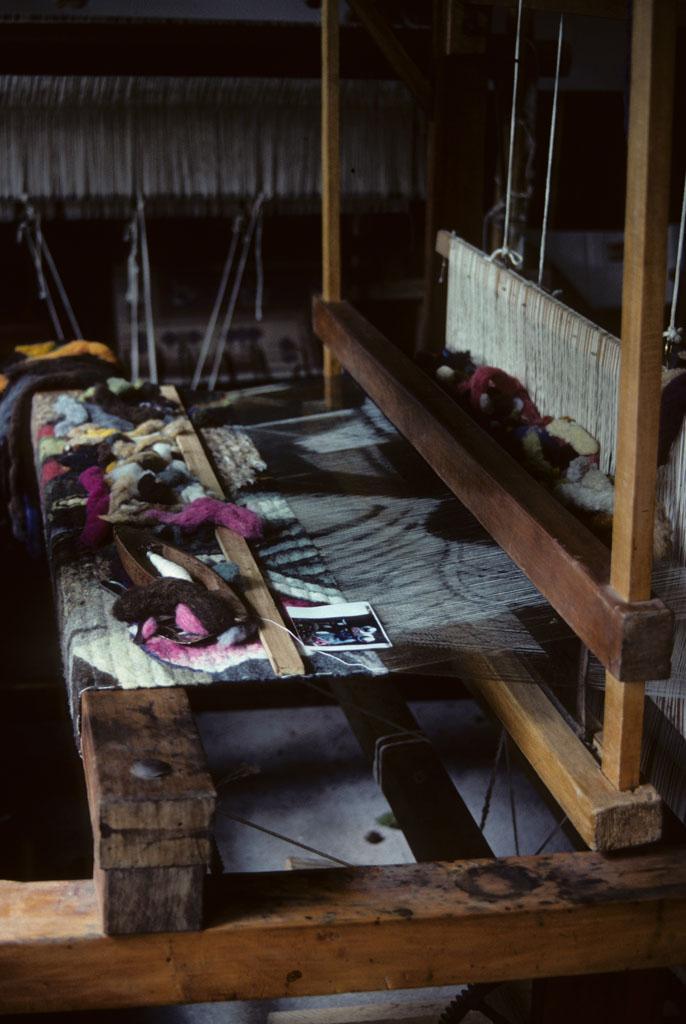