A map of Ecuador displays how the country can be divided into three parts. The two parts on the left are divided by the Andes mountains. The furthest left section is the low-lying coastal region, while the middle section is the Andean highlands. The third part on the right represents the Oriente, or Ecuador's Amazonian rainforest

The three regions of Ecuador are divided geographically, economically, environmentally, and even demographically.The coastal region is dominated by large cities focused on international trade. Residents of the coastal region are more likely to have access to US goods and information and are likely to speak Spanish and English. The middle region encompasses the slopes of the Andes mountains. This region is highly productive in a number of agricultural and animal products. Bananas, wool, cocoa, coffee, and wheat are only some of the products that can be found in this area. Residents of the Andean region are mostly Ecuadorians of Indian descent who are unlikely to ever travel to the coastal cities. They speak a mixture of Spanish and Quechua, the predominant indigenous language.

The easternmost part of Ecuador, the Oriente, is Amazonian rainforest. This region is geographically isolated and is one of the world's most biologically diverse areas. It is also home to thousands of indigenous peoples who have maintained their traditional ways of life in the face of a rapidly modernizing and industrializing Ecuador. Recently, the livelihood of these indigenous peoples has become threatened by the exploitation of oil reserves in the heart of the Oriente. Roads, drilling equipment, makeshift workers' camps, and industrial pollution have all taken their toll on this once-virgin forest. 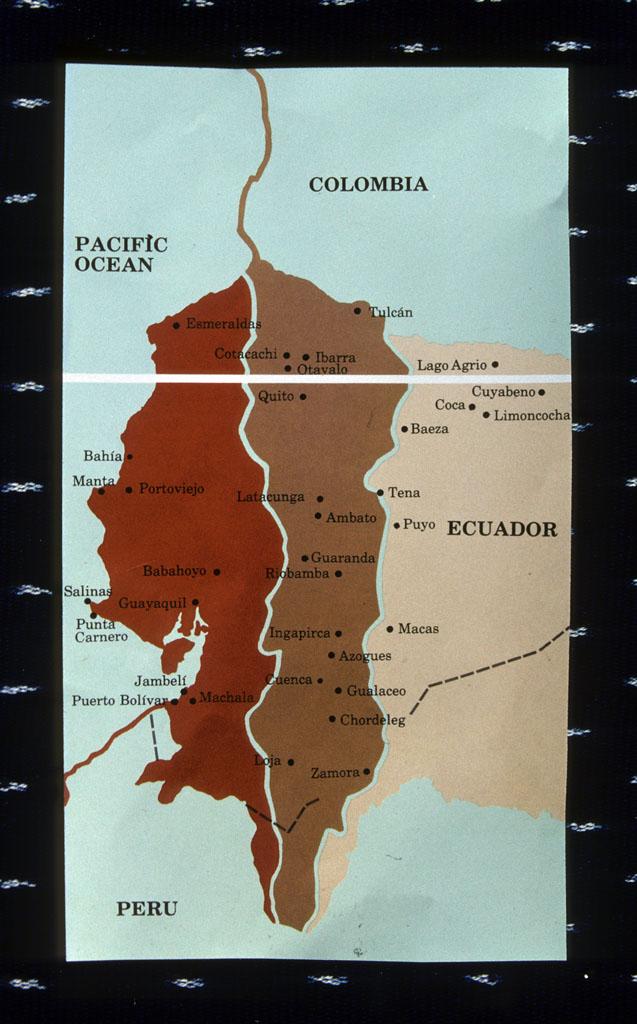