A marriage certificate issued by the Freedmen's Bureau legally recognizing the marriage of Sarah Ann to Benjamin Berry Manson, who were formerly enslaved in Tennessee. Sarah and B. B. had considered themselves married for more than 20 years, but enslaved people were not legally allowed to marry in any state. A transcription of the document is below. 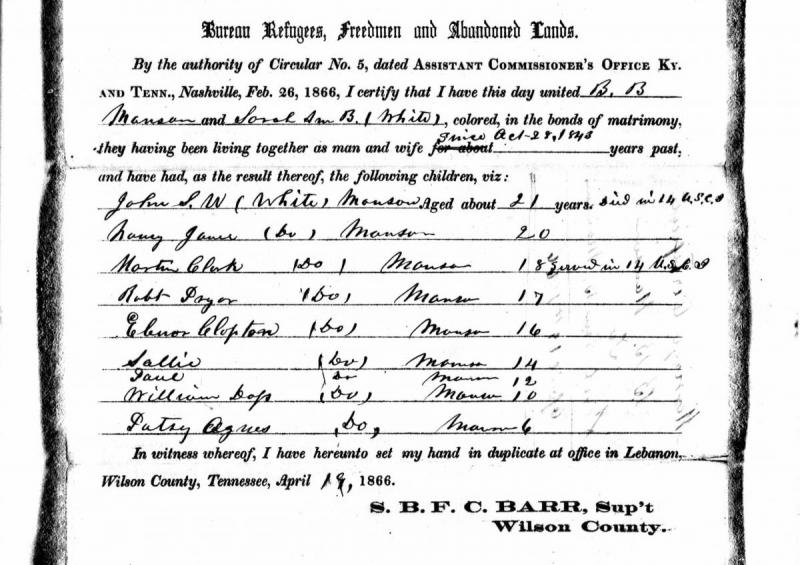 By the authority of Circular No. 5, dated Assistant Commissioner's Offive Ky. and Tenn., Nashville, Feb. 26, 1866, I certify that I have this day united B. B. Manson and Sarah Ann B. (White), colored, in the bonds of matrimony, they having been living together a man and wife for about since Oct 28, 1843 years past, and have had, as the result thereof, the following children, viz:

In witness whereof, I have herunto set my hand in duplicate at office in Lebanon, Wilson County, Tennessee, April 19, 1866.