A Mother and Child on the Streets of Riobamba, Ecuador

An indigenous woman carries a child on her back while standing in the street in Riobamba, Ecuador. Both woman and child are wearing wool ponchos with colorful accents, and weather-beaten felt hats.

The Ecuadorian highlands are home to several thousand Quechua-speaking Andean Indians who have blended the traditions of both their Inca ancestors and the Spanish conquistadors. Riobamba has a long and storied history. Its convenient location in the highlands between the coast and the jungle has made it an important crossroads in the development of Ecuador. It first was home to several indigenous communities before the arrival of the Inca empire. The town was an important outpost for the empire until the conquest of the Spanish in the sixteenth century. In fact, Riobamba was the first Spanish settlement in Ecuador. 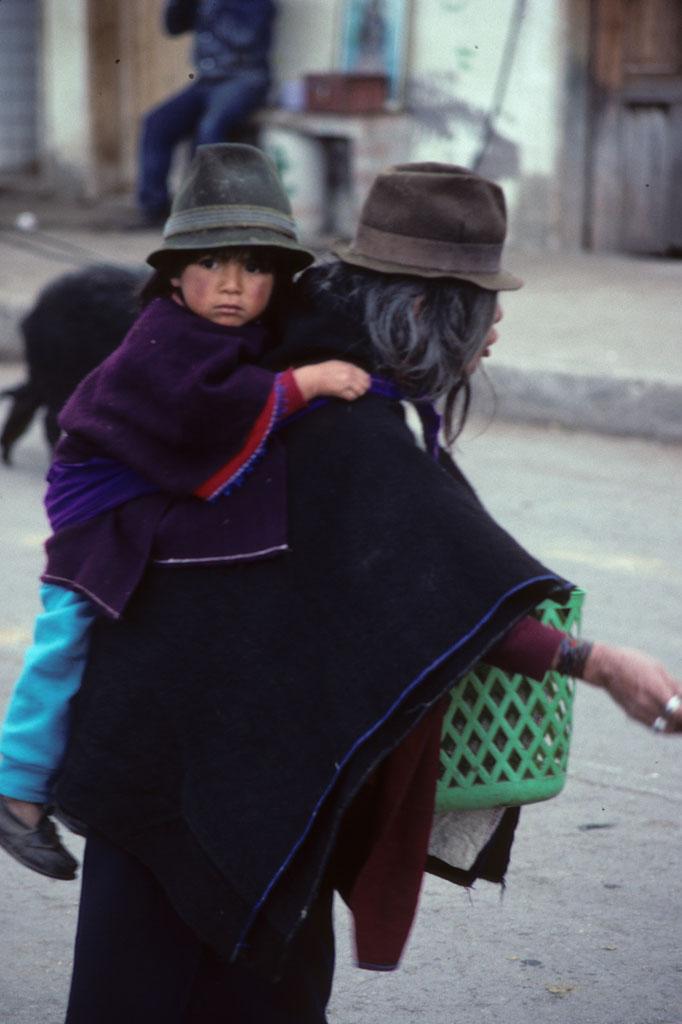