On this modern metal bridge at Hué, a woman and child bicycle on the right while in the middle, women and men move faster on motorcycles. In the warm climate and frugal economic conditions of Southeast Asia, motorcycles and motor scooters are practical and widely used by middle class men and women for private transportation.

On the left, a man pedals an empty bicycle rickshaw or cyclo. Cyclos look like large tricycles with a canopy-covered, double passenger seat in front of the handlebars. These vehicles are a popular form of public, short-distance transportation in many parts of urban Southeast Asia. Cyclos do not move quickly but they often can maneuver into alleys too small to accommodate or be served by public buses.

Driving a cyclo is hard labor, generally done by men. Drivers often work long hours away from home, sometimes in tough urban neighborhoods. Throughout Southeast Asia, driving a bicycle rickshaw is a tiring and low-paying job, but it is a small business opportunity undertaken by urban men without access to land, capital or higher education. 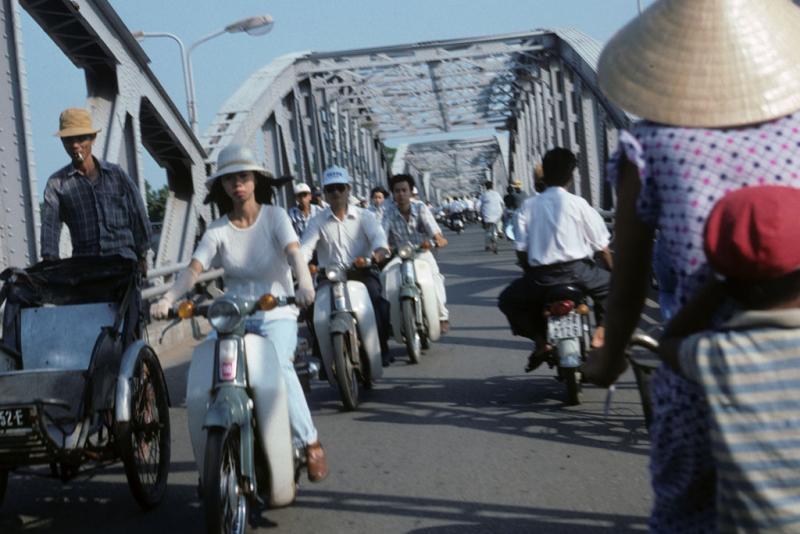