The steep streets of Old City Quito lead up to the hill of El Panecillo. The statue of the Virgin of Quito sits atop the hill. Numerous cars and pedestrians are visible on the streets.

The hill of El Panecillo rises to 9,895 feet above sea level and commands a view of the entire city. The monument to the Virgin is based on a sculpture made during the colonial period, but it was erected in 1976. The aluminum Madonna stands on top of a globe while stepping on a snake. Interestingly, this depiction of Mary has wings.

The city of Quito, like much of the central part of Ecuador, is vulnerable to earthquakes and volcanic eruptions. The most destructive earthquake occurred in 1797 when 40,000 people lost their lives. More recently, in 1987 a magnitude 7 earthquake struck Quito killing an estimated 1,000 people. 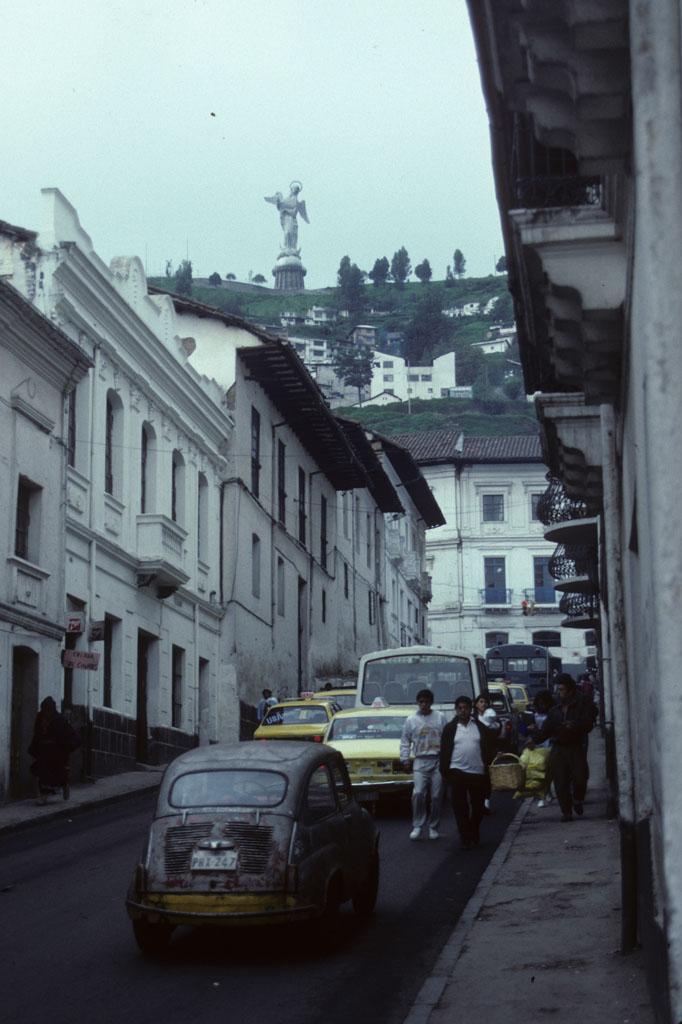