A carved stone stele at Prambanan Temple shows monkeys helping Rama by bringing stones for the bridge he wants to build to Ravana's demon island of Lanka. Realistically portrayed, the naked monkeys in this carved bas relief walk together in line carrying rounded stones in their arms or on their heads. The crowned human figure carrying a sword in shadow at the left may be Rama.

Prambanan is the largest remaining Hindu temple complex on the island of Java in Indonesia. It was built and dedicated to the god Siva during the ninth and tenth centuries CE. There were once hundreds of small temple structures in this vicinity, but most were so damaged before conservation began in 1918 that they cannot be rebuilt.

Among the approximately fifty remaining smaller temple sites at Prambanan are three large temples dedicated to the gods Siva, Vishnu, and Brahma. Scenes from the Ramayana are carved into the stone temples' walls. For reasons still not fully understood, the Prambanan temples were abandoned soon after their completion. Leading theories to explain the temples' abandonment are possible earthquakes and the gradual ascendance of Muslim over Hindu kingdoms after the fourteenth century.

Classical Javanese dance performances of the Ramayana usually are held seasonally at Prambanan temple during the evenings. A 2006 earthquake in Central Java, however, caused considerable damage and the temple's temporary closure for repair. Prambanan in a UNESCO World Heritage site. 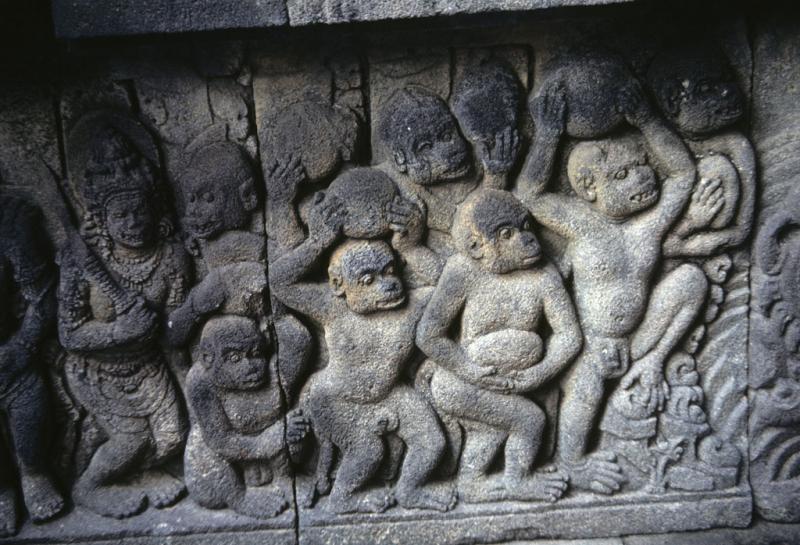