Tangled roots of tree grow over building at Ta Prohm

Tangled roots of tree grow over building at Ta Prohm

The octopus-like roots of a tree grow over a building entrance just before the inner moat at Angkor's Ta Prohm site.

Ta Prohm was built as a double-moated, royal monastery during the reign of Jayavarman VII at the end of the twelfth century. As a Mahayana Buddhist, the king dedicated the monument to his mother envisioned as a "bodhisattva" or saint of compassion. The images of Buddha himself were removed from the temple by Jayavarman VII's successor, Jayavarman VIII, who was a Hindu.

When French explorers first discovered the overgrown buildings at the ancient capital of Angkor in the late 1800s, much of the area was completely covered by forest. In particular, the roots of strangler figs, kapok, and banyan trees aggressively encompassed the Angkor structures.

This small site was deliberately left unconserved by French archaeologists to create a sharp contrast with their painstaking reconstruction of the temples in the Angkor Wat complex. At present, the temple is only conserved to prevent further building collapses and to clear passage for visitors. Even these two goals require considerable labor and forest management. 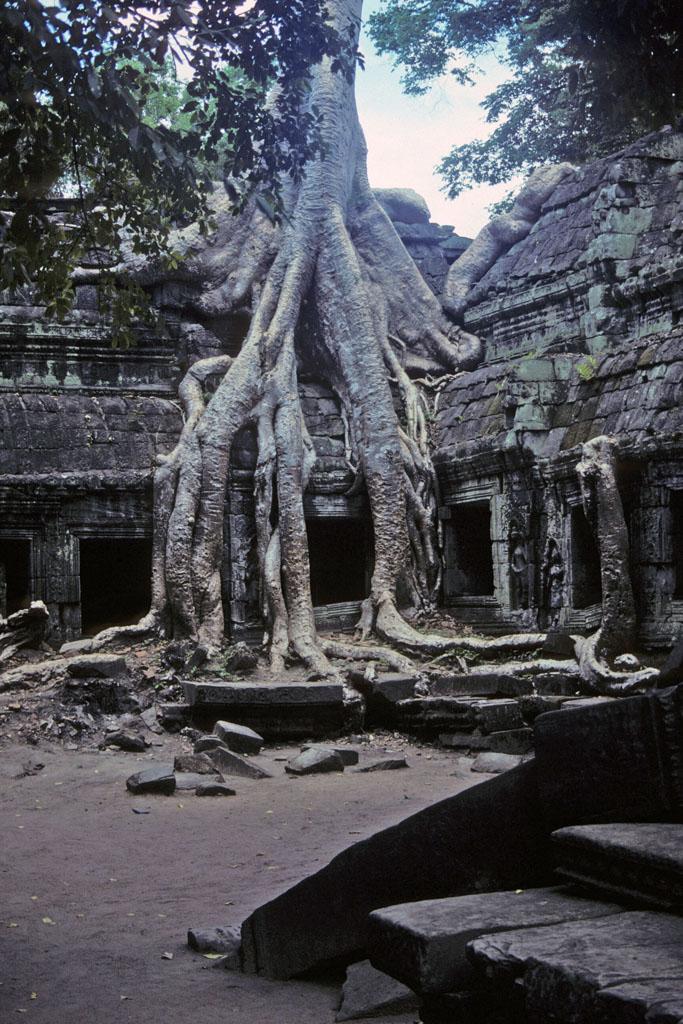