The Tudor Dynasty of England

The Tudor Dynasty of England

Family tree of the Tudor dynasty of England, including kings and queens from Henry VII to James I. Under laws of primogeniture, a king was succeeded by his eldest son -- unless he died without a son, in which case things got complicated. The order of succession was as follows:

Sons, in order from eldest to youngest

Daughters, in order from eldest to youngest

Eldest and/or closest male relation of the current king

Since Edward VI and Mary I had no children, they were succeeded by their sisters. Elizabeth I also died without children, and made special arrangements so that James Stuart, King of Scotland, would succeed her as King of England. Without such advance arrangements, war could break out over the succession. Kings and queens belong to a house -- a family with a single name. Henry Tudor was the first king in the "House of Tudor." James I was the first king of the House of Stuart. 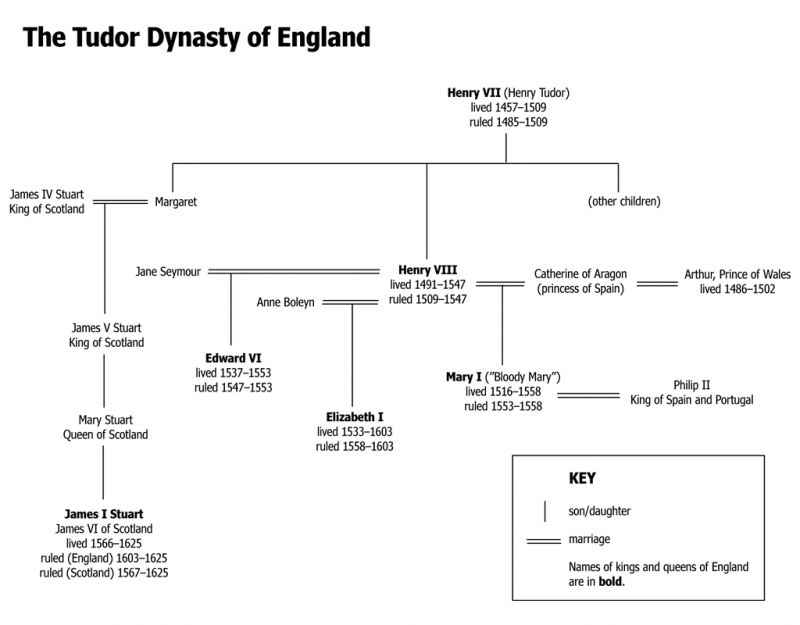