Eloise Patricia Rallings Lewis was born on April 22, 1920 in Pageland, South Carolina, the fourth daughter of Dr. and Mrs. J. Monroe Rallings, a country medical practitioner and a college speech teacher. She graduated from Pageland High School in 1936. Lewis attended Winthrop College (now Winthrop University) in Rock Hill, South Carolina, for two years, and then transferred in 1938 to Vanderbilt University in Nashville, Tennessee. She graduated in 1941 from their hospital school program.

After her graduation from Vanderbilt, Lewis moved immediately into the world of education, serving on the faculty of the Women’s Medical College School of Nursing in Philadelphia from 1941 until 1943. From 1943 to 1945, she was an instructor at Johns Hopkins University in Baltimore, Maryland.

In the Spring of 1945, however, Lewis left academia to join the Army Nurse Corps. After attending basic training at Fort Lee in Virginia, she became the assistant director of the Cadet Nurse Corps at the Valley Forge General Hospital in Phoenixville, Pennsylvania, which was a primary burn and blind center. She was discharged in December 1945 as a first lieutenant.

After leaving the Army Nurse Corps, Lewis returned to teaching, serving on the faculty at the University of Pennsylvania from 1946 until 1952. She also earned her master’s degree in education from Penn in 1951. In 1953, she became a charter member of the faculty at the School of Nursing at UNC Chapel Hill. While teaching at Chapel Hill, she also earned a doctorate in education at Duke University in 1963.

At this same time, discussions began about the need for a second school of nursing in the state -- one that would be placed at UNCG. In 1964, the North Carolina legislature passed the “New Nurse Practice Act,” which laid the groundwork for the establishment of a baccalaureate in nursing degree at UNCG. The following year, on June 5, 1965, Governor Dan K. Moore, chair of the University of North Carolina Board of Trustees, pronounced the appropriation of monies for a four year program in nursing at UNCG. Eight months later on February 1, 1966, Eloise Lewis left Chapel Hill to become the first dean of the newly-created School of Nursing at UNCG. 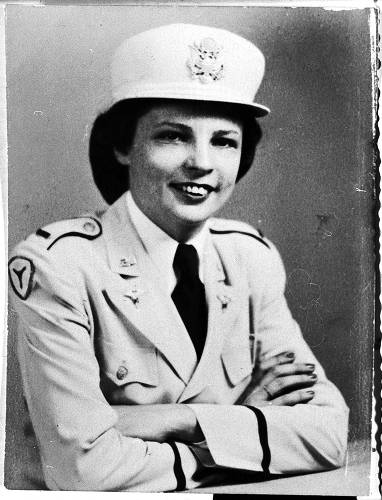 Upon Lewis's arrival, UNCG's new School of Nursing was headquartered in the basement of the campus infirmary building -- one of the least desirable campus locations. Lewis purposefully chose this spot for the school as it proved the most promising base from which to negotiate construction of a new building. Her assumptions were correct, and in 1969, the university opened the new School of Nursing building on McIver Street, now known as the Moore Building.

Under Lewis's leadership, the School of Nursing grew quickly. On April 27, 1970, the School of Nursing was accredited by the National League of Nursing. The following month, the first class of 18 students completes the requirements for the Bachelor of Science Degree in Nursing. The School was notified on July 30 that all graduates passed the State Board Examinations and were licensed to practice as registered nurses.

During her time as dean, Lewis also continued to be very active within the UNCG community and in various professional organizations. In 1976, she won the prestigious O Max Gardner award for excellence in teaching. She served as president of the American Association of Colleges of Nursing from 1978 to 1980 and was the first editor of the Journal of Professional Nursing in the mid-1980s. She was also very active with hospice care in Greensboro and received numerous awards for her contributions to the nursing field, including four honorary degrees.

Lewis retired from her role as the founding dean of the School of Nursing in 1985 after holding the position for 19 years. She passed away in 1999. In 2008, she was inducted into the North Carolina Nursing Association's Hall of Fame. Upon her induction, a colleague noted, "Dean Lewis affected the lives of countless nursing students who have since graduated and become leaders in nursing not only in NC but around the world. I could go on listing hundreds of nurses that came through the University of North Carolina at Greensboro School of Nursing who to this day feel a common bond and connection because they were touched by Dean Lewis."