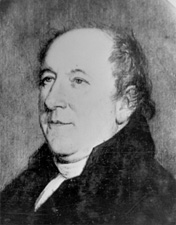 The peace treaty between Great Britain and the United States, signed at Paris on 3 Sept. 1783, which consummated American independence, included a guarantee against legal obstacles to the collection of private prewar debts to British creditors. The states, including North Carolina, circumvented this guarantee, and so the debt controversy remained unresolved. With the adoption of the U.S. Constitution in 1789, the dispute entered a new phase, with the courts facilitating the collection of some of the debts. Also, the George Washington administration, by sending Thomas Jefferson to Paris between 1784 and 1785, hoped to negotiate more effectively with England regarding the infractions of the 1783 treaty. Negotiations between George Hammond, the English minister, and Jefferson, however, failed to settle the debt question.

Nothing more was done until the strained British-American relations of 1792-93 led to the mission of John Jay and Jay's Treaty. No policy or action of President Washington resulted in more criticism in North Carolina than did Jay's Treaty with England, which was negotiated in 1794 and ratified in 1795. Both of the state's U.S. senators voted against confirming Jay as peace commissioner, and both voted against ratification of the completed treaty. Every North Carolina congressman in the U.S. House of Representatives except W. B. Grove also voted against it. North Carolinians across the state complained of the treaty's "sins."

A five-member commission (three British, two American members) to adjudicate the claims of British merchants sat at Philadelphia from May 1797 to July 1799, when the Americans walked out during a particularly bitter debate. The commissioners were unable to agree on such matters as the commission's jurisdiction, the nature of legal impediments, the question of the solvency of debtors, and wartime interest on the debts. Finally, a settlement was negotiated by Rufus King (the U.S. diplomat who helped to prevent a break in severely strained British-American relations) and Henry Addington (British prime minister). King convinced the British government on 8 Jan. 1802 to accept a payment of £600,000 from the United States for the full satisfaction of all claims recoverable at the end of the Revolutionary War that could not be recouped through ordinary legal procedures. Furthermore, in the future U.S. courts would be open to British creditors. A British commission sat until 1811 adjusting the claims. It found that only about 20 to 25 percent of the claims were good, but even so it was able to pay, with the £600,000, only about 45 percent of the approved claims.