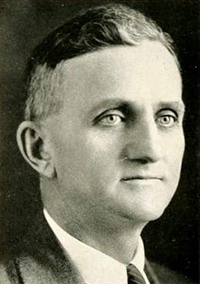 The Carolina Political Union (CPU) was formed at the University of North Carolina at Chapel Hill in the spring of 1935 to carry out an idea formulated by Floyd Fletcher, a senior from Raleigh, and other students in Professor E. J. Woodhouse's political science class. This nonpartisan student organization, whose first faculty adviser was Woodhouse, sought to encourage the development of greater student reasoning and investigation into politics and government by placing emphasis on open forums following speeches and on small discussion groups either before or after speakers' visits. The CPU stressed cooperation with similar university organizations, such as the Young Democrats and Young Republicans, both clubs that it founded.

The CPU was not intimidated by controversy, as is evident by the speakers it brought to Chapel Hill. These speakers included Earl Browder, leader of the Communist Party; Hiram W. Evans, Grand Wizard of the Ku Klux Klan; President Franklin D. Roosevelt; Norman Thomas, leader of the Socialist Party; Edwin S. Smith of the National Labor Relations Board; and many other prominent political and social leaders. The CPU survived until the mid-1950s.

The C.P.U. was eventually superceded by the Carolina Forum in the late 1950s and disappeared. The Carolina Political Union was resurrected and re-organized in 1965 for a second run, lasting until about 1970.

"Brochure, 'CPU Does Not Stand for Community Party of the University.'" University Gazette. March 16, 2011. "Student organizations mirror the cultural shifts at Carolina, take on increasingly diverse roles on campus through the years."  http://gazette.unc.edu/archives2/11mar16/file.2.html