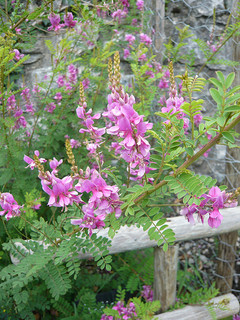 Some knowledge of dyeing techniques and materials arrived in the region that would become North Carolina with the earliest European settlers, but since all dyes were from natural sources until the late 1850s, it was necessary to employ new sources and techniques utilizing the minerals, flora, and fauna of a new and unfamiliar environment. Local Indian tribes had a long history of successful dyeing of leather, feathers, and fibers, and they likely shared much of their knowledge with the settlers.

Dyes were extracted from the leaves, bark, and roots of trees; from the leaves, flowers, fruit, and stalks of weeds, shrubs, and vegetables; and from nuts and nut hulls, coffee, teas, onion skins, and herbs such as turmeric and cinnamon. The range of colors available from these humble sources is quite remarkable, and the aesthetic beauty of the colors makes them useful to the most discerning craftsmen. Recipes for dye baths and ink were as precious as those for medicines and mince pies. Such recipes may still be found in craft books and are still used by artisans throughout North Carolina, particularly in basketry, doll making, knitting, weaving, crocheting, and embroidery.

The major applications of dyeing techniques in the settlement period and early statehood were fabrics, thread, and yarns for clothing, as well as quilts, blankets, embroidery threads, rugs, and other materials of home manufacture such as baskets, paper, and leather. Modern, synthetic dyes were introduced in 1857 and are now used exclusively in commercial dyeing because of their uniformity and dependability.