The most comprehensive state project of its kind, the Dictionary provides information on some 4,000 notable North Carolinians whose accomplishments and occasional misdeeds span four centuries. Much of the bibliographic information found in the six volumes has been compiled for the first time. All of the persons included are deceased. They are native North Carolinians, no matter where they made the contributions for which they are noted, or non-natives whose contributions were made in North Carolina. See entries in NCpedia...

The first single-volume reference to the events, institutions, and cultural forces that have defined the state, the Encyclopedia of North Carolina is a landmark publication that will serve those who love and live in North Carolina for generations to come. Editor William S. Powell, whom the Raleigh News & Observer described as a "living repository of information on all things North Carolinian," spent fifteen years developing this volume. With contributions by more than 550 volunteer writers--including scholars, librarians, journalists, and many others--it is a true "people's encyclopedia" of North Carolina. See entries in NCpedia...

Historian David Cecelski wrote a popular oral history series called “Listening to History” for the Raleigh News & Observer from 1998 to 2008. With the support of the Southern Oral History Program at the University of North Carolina at Chapel Hill, Dr. Cecelski traveled across the state listening to, recording and preserving stories that spoke to the state’s history throughout the 20th century. “Listening to History” appeared monthly in the newspaper’s “Sunday Journal,” a special section of the Sunday edition of the newspaper that focused on the state’s cultural life. A central component of the series was the photographs taken by Chris Seward, a veteran News & Observer photographer who took nearly all the portraits that ran with the stories. See entries in NCpedia...

From William Powell's preface to the 1st edition: "The North Carolina Gazetteer is a geographical dictionary in which an attempt has been made to list all of the geographic features of the state in one alphabet. It is current, and it is historical as well. Many features and places that no longer exist are included; many towns and counties for which plans were made but which never materialized are also included. Some names appearing on old maps may have been imaginary, but many of them also appear in this gazetteer." See entries in NCpedia... 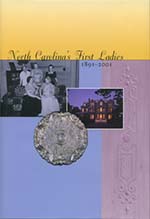 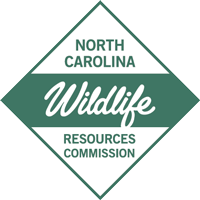 The Research Branch, along with the Publications Branch, are administratively part of the Office of Historical Research within Archives and History.  Key contributors to the agency’s work, the research historians and editors within the unit edit books such as Governors of North Carolina, administer the State Highway Historical Marker Program, mount web based efforts such as This Day in North Carolina History, and engage in commemorative efforts. See entries in NCpedia... 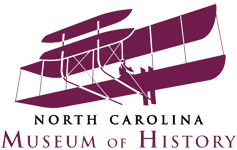 
Tar Heel Junior Historian magazine got its start in 1961. The Museum of History currently publishes this fun and fact-filled youth magazine twice annually. Each issue focuses on a theme related to North Carolina history and culture. See entries in NCpedia... 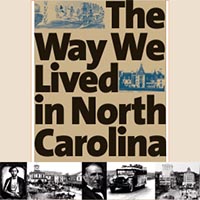 The Way We Lived in North Carolina
First published in 1983 in five volumes, The Way We Lived in North Carolina provided a canvas for the publication of the social history of the state and region and answered the call for increasing work on the lives and perspectives of the common man and woman. In 2003, a new and revised edition in a single volume was published by the Historical Publications Section of the North Carolina Office of Archives and History, in conjuction with the University of North Carolina Press, bringing together new maps and the addition of more historical sites around the state. It serves as an informative guide to North Carolina history for learners of all ages, interests, and backgrounds. This collection in NCpedia is based on an excerpted web publication of the book's content. See entries in NCpedia...