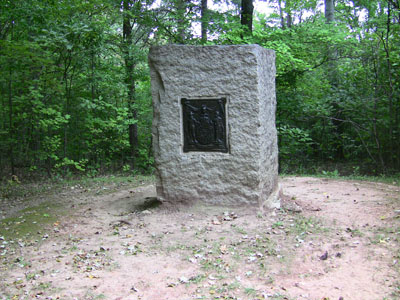 Unveiling & Dedication: B.F. Dixon provided an opening prayer. Professor Edward Graham Daves of Baltimore gave a speech "Maryland and North Carolina in the Campaign of 1780-1781." Professor E. A. Alderman also spoke on behalf of the Guilford Battle Ground Company. The crowd next sang "The Old North State" before marching to the monument where Mrs. Edith Hagen recited a poem by Mrs. E. D. Hundley. Finally the monument was unveiled while the song "Honour the Brave" was played.